Throughout September 2022, Alzheimer and dementia organisations across the globe took part in World Alzheimer’s Month, in the form of national campaigns, lighting of public monuments, Memory Walks and more.

The 2022 campaign theme, ‘Know Dementia, Know Alzheimer’s’, centred around the importance of post-diagnosis support, as well as highlighted the necessity in coming together to defeat the persisting stigmatic ideas and misconceptions that still surround dementia and Alzheimer’s disease.  Additionally, as a part of this year’s campaign, ADI highlighted the importance of risk reduction and knowing the risk factors for dementia and Alzheimer’s disease. Individual infographics for each of the risk factors were created, translated and distributed to and by members.

Memory Walks to raise awareness around Alzheimer’s disease and dementia are a key activity of World Alzheimer’s Month and are often one of the most popular community activities that associations choose to organise.

With walks ranging from in-person to online, to half-day events to month-long excursions and done with groups of people or individually, many of our members hosted Memory Walks throughout September.

At least 24 associations hosted Memory Walks, with some associations adding their own twist to the event. For Alzheimer Scotland, participants were encouraged to bring their dogs; in the Netherlands, Alzheimer Nederland held a cycling event under ‘the Memory Ride’, which saw over 500 participants who biked between 40 and 160 kilometres.

Some associations, such as Asociación Grupo Ermita Alzheimer de Guatemala, Dementia Singapore and Lanka Alzheimer’s Foundation, chose to host their memory walks in a virtual format; however, Macau Alzheimer’s Disease Association (MADA) had to cancel theirs due to COVID-19. 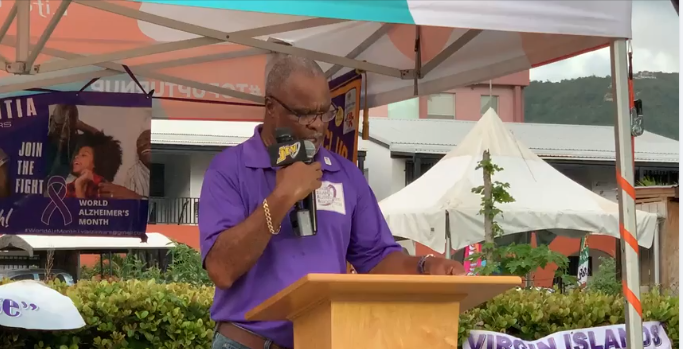 Under the banner of 'Turn the Town Purple', VIAA hosted a Memory Walk on 23 September in Road Town, BVI, which was then followed by a candlelight vigil. 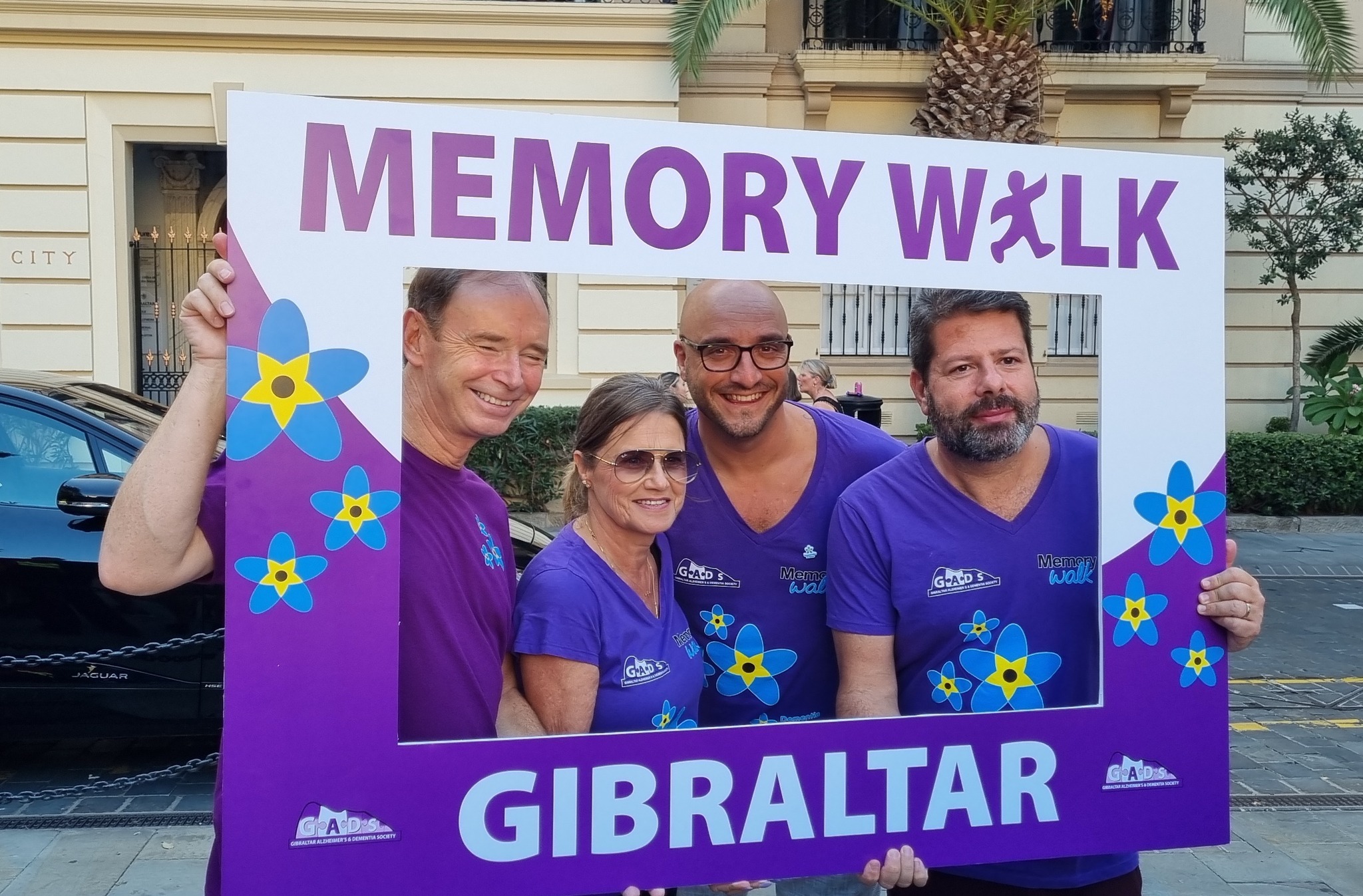 On World Alzheimer's Day, 21 September, the association hosted an evening Memory Walk which was attended by the Mayor of Gibralator, other city government officials and more.

Awareness raising in times of conflict and natural disasters

During the month of September, many of our associations organised and campaigned against the backdrop of ongoing and sudden external situations and crises.

In Sri Lanka, where civil unrest has taken place for several weeks and is currently under emergency law, Lanka Alzheimer’s Foundation still managed to arrange a scaled-down Memory Walk and other activities for World Alzheimer’s Day. Similarly, the Nezabutni Foundation (association starting the Membership Development Programme this month) in Ukraine was featured in several television shows and continued to organise a month-long social media campaign, despite the ongoing war. 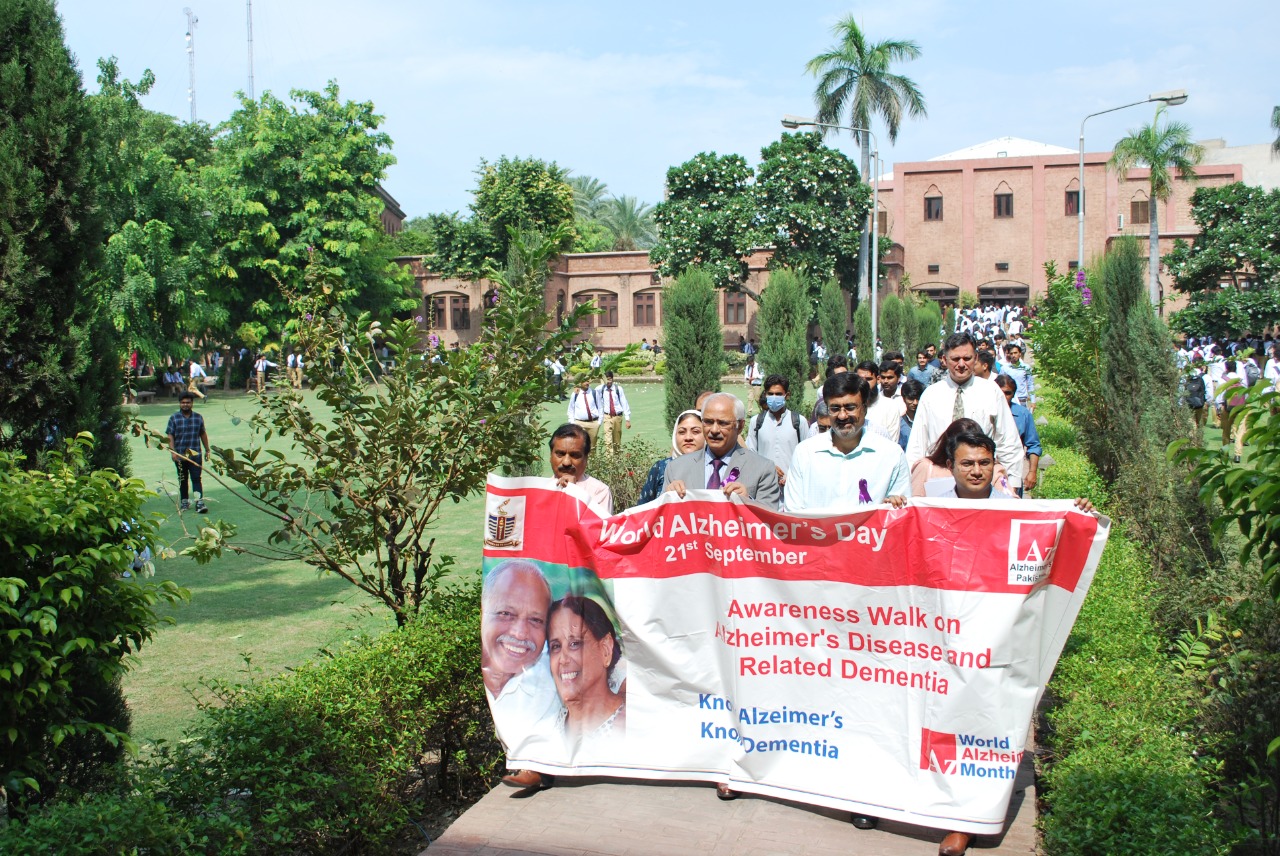 Alzheimer's Pakistan hosts a Memory Walk, as well as a public seminar, on World Alzheimer's Day in Lahore.. 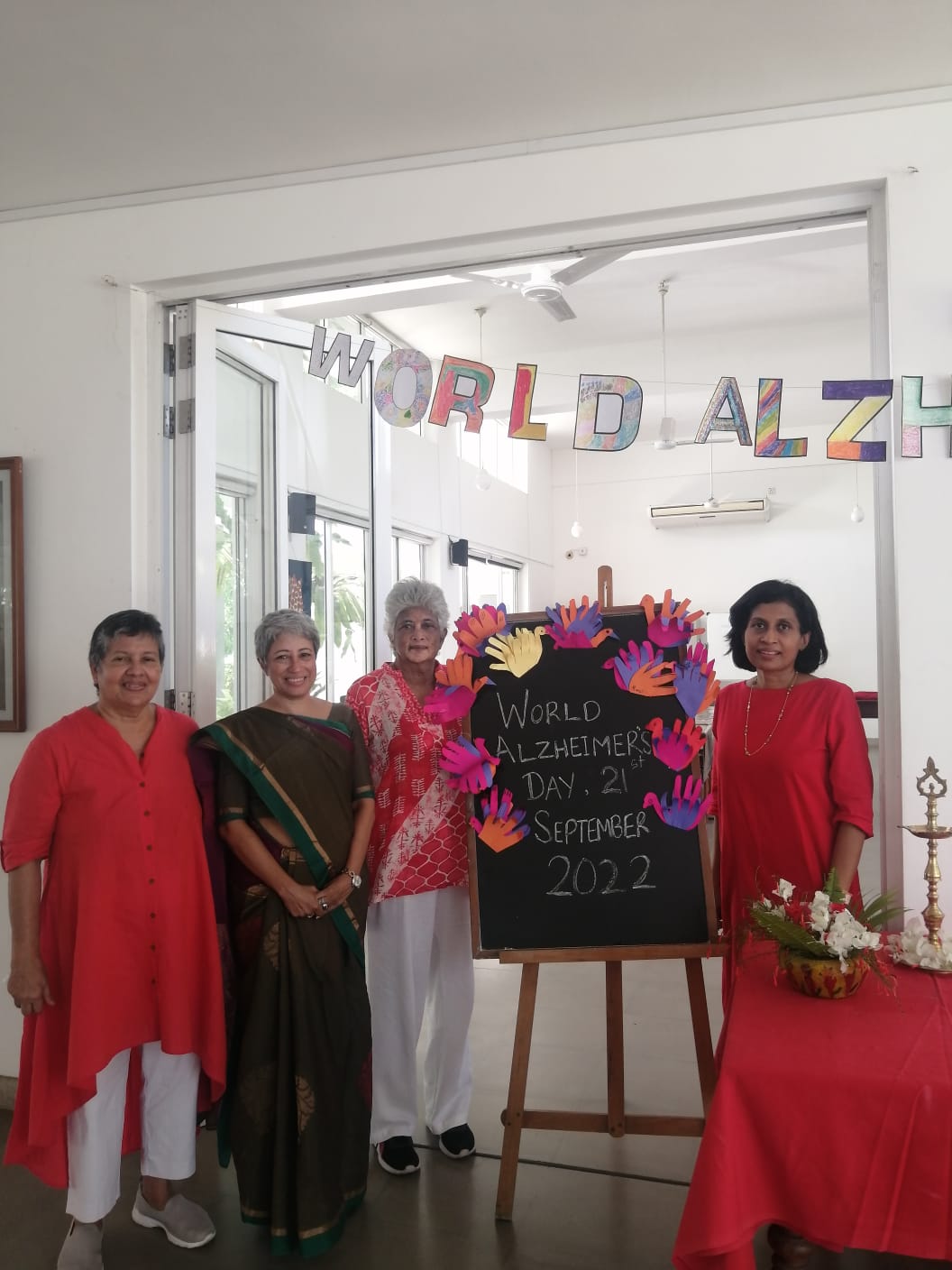 Since COVID-19, virtual events, webinars and seminars have become fundamental to much of our members’ work and outreach, both during and beyond the month of September.

Foundation Compassion Alzheimer Bulgaria hosted a screening of The Thief, a film about an older man who shares his thieving skills with his son after learning he has dementia.

Lighting of buildings, landmarks and monuments

The lighting of landmarks, monuments and bridges are often a way that governments and cities recognise World Alzheimer’s Month, as well as the people who are directly affected by dementia.

These public lightings are often brought about through the hard work of our associations, many of whom work months in advance to ensure it happens.

The 2022 campaign was no exception and over 18 countries brightened landmarks and buildings in the nationally recognised colour for Alzheimer’s disease and dementia in the country.

This included the Faculty of Medicine and the Zafarana Palace Ain Shams University in Egypt from the Egyptian Alzheimer Society; Petra, the Jordan Citadel, the Ministry of Health, the Abdoun Bridge and several hotels in Jordan from Al Oun For Alzheimer’s Patient Care Association; the National Stadium, the National Gallery, Marina Bay Sands, Singapore Flyer in Singapore from Dementia Singapore; and the public prosecutor general’s office in Panama from Asociación de Apoyo a los Familiares de Pacientes con Alzheimer y Otras Enfermedades Demenciales.

Michael Maitimoe of Alzheimer Indonesia stands in front of the National Monument, located in Central Jakarta. 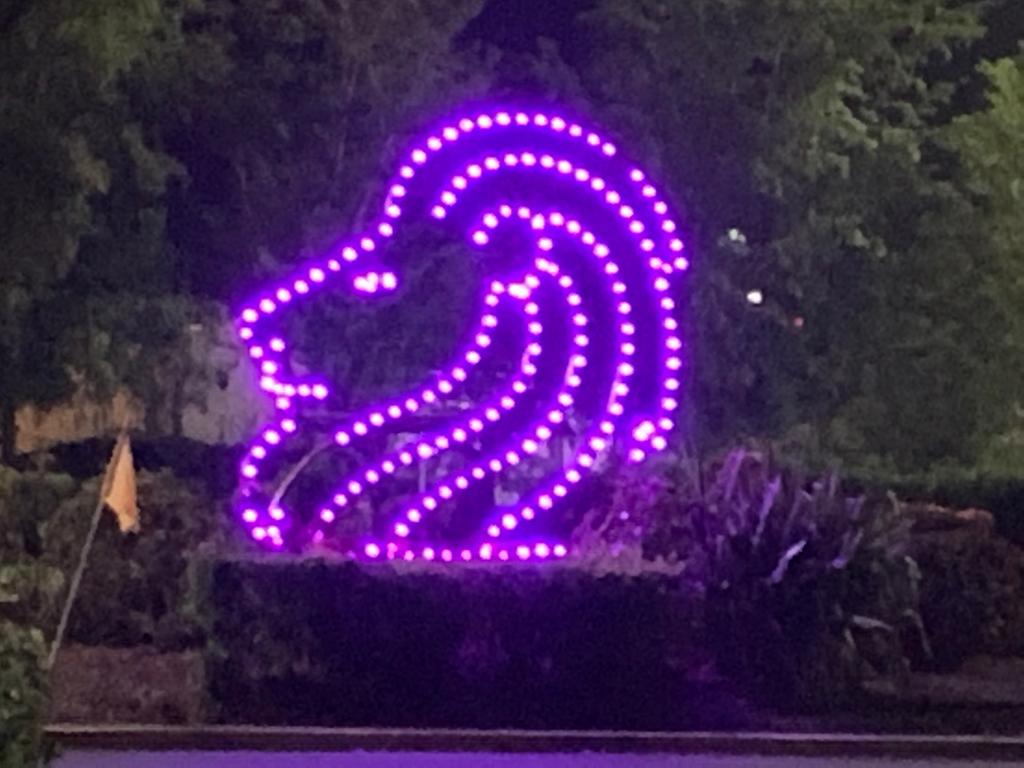 ADI members were widely successful in securing ongoing and extensive media coverage throughout September, with many associations using the coverage to highlight issues around post-diagnosis care and support, as well as other ongoing issues around dementia within the communities. 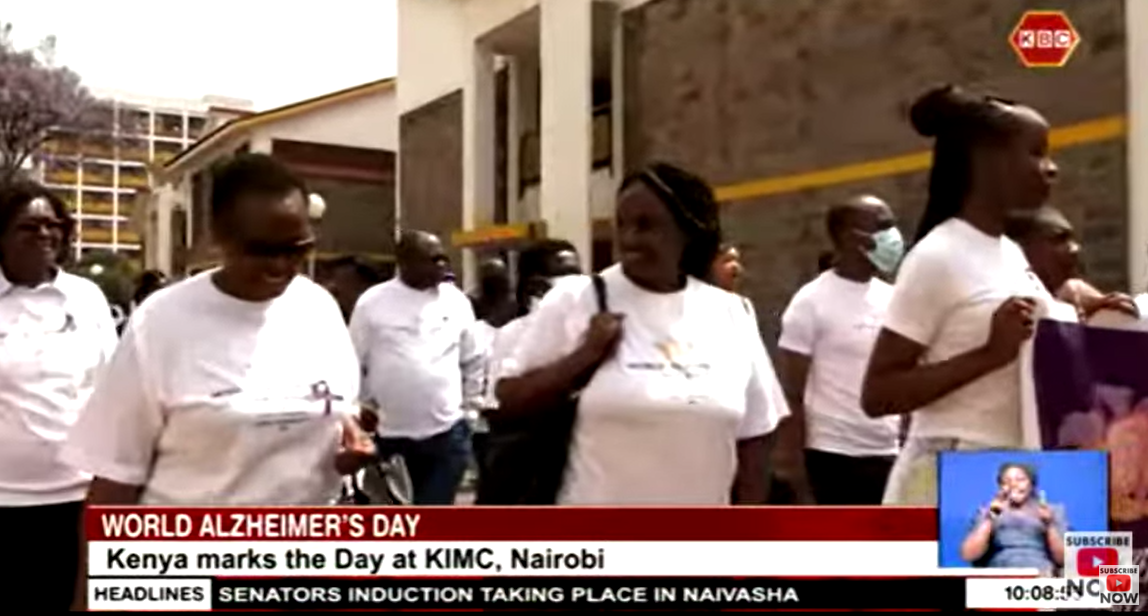 ADOK featured in an extended segment on KBC for World Alzheimer's Day, where first-hand experiences of caring and the importance of awareness around the disease, were shared. 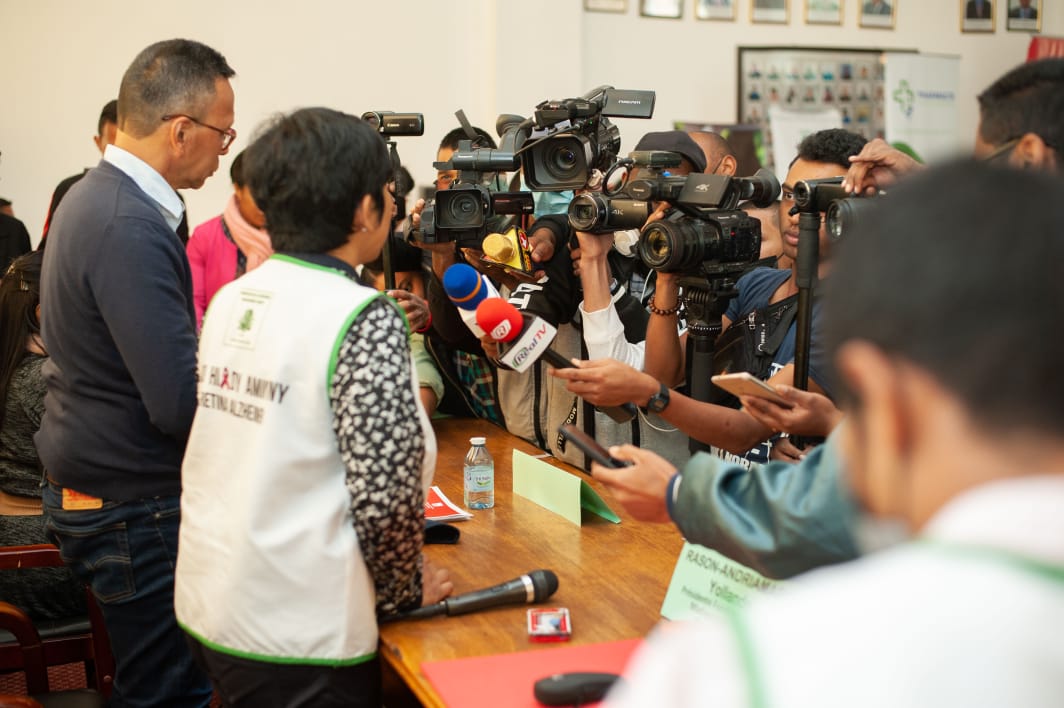 Muriel Rason-Andriamaro of Madasgascar Alzheimer Masoandro Mody speaks to the the media, including on Top Radio FM 102.8 (not pictured) on World Alzheimer's Day.