Globally we know that the number of people living with dementia is around 52 million and is set to triple to 152 million by 2050. We also know that every year, 82 billion hours are spent providing informal, unpaid care by family members in the home and that over 70% of this care is provided by women. (To put this in perspective, 82 billion hours is equivalent to 40 million full-time jobs).

Despite having these figures, something we know less about is young people providing this type of care.

One of the reasons we have so little information on this is that young people caring for a parent or relative with dementia do not typically self-identify as a ‘young carer’. This is common across other areas of health, and unfortunately prevents young people from accessing support services that can be crucial for them to cope with their caring responsibilities and look after their own well-being.

ADI’s World Alzheimer Report 2019: Attitudes to dementia, a study of 70,000 people globally, revealed that while dementia carers hold positive sentiments about their caring role, a majority of them admit that caring impacts on their health, including their mental health. Evidence from the World Health Organization (WHO) shows that half of all mental illnesses begin by the age of 14 and three-quarters by mid-20s. Young carers may experience stress, anxiety, and depression as a result of their caring role and may struggle to accept the change in relationship with the person they are caring for. Other common experiences include difficulty going to school or further study, maintaining friendships, and may have little time to play or socialise.

On Young Carers Awareness Day, I want to highlight some examples of youth engagement in issues around dementia. Youth participation is critical for dementia communities globally, as young people play a huge role in volunteerism, advocacy and raising awareness.

Though dementia is sometimes viewed as something which only affects older persons, it is clear that people of all ages can be affected in different ways.

The World Young Leaders in Dementia (WYLD) is a global network of young researchers, healthcare professionals, artists and advocates all focused on the dementia space. Since its founding in 2014, WYLD’s membership represents over 400 individuals in 30 countries across six continents.

As a co-founder of WYLD and a Social Gerontologist from Canada, I have been involved in several dementia-related stigma projects throughout my career. One case study that comes to mind in highlighting the importance of collaborations among WYLD members is my work with Retirement Communities in Canada.

From 2016 to 2018, I worked with the Ontario Retirement Communities Association (ORCA) to spearhead the Dementia Inclusive Initiative. ORCA oversees 610 retirement communities, which houses 55,000 residents and employs 49,000 individuals. Our objective was to find ways to eliminate dementia-related stigma and facilitate the inclusion of residents living with dementia in retirement communities.

To ensure the success of the project, I was able to draw on the guidance and knowledge shared from members of WYLD across the world who were also focused on their own dementia stigma reducing efforts. I had previously developed strong collaborations with fellow WYLD members in the United States to implement a newly developed dementia stigma survey to help evaluate the state of dementia stigma in communities. To develop the intervention for ORCA, I shared knowledge with fellow WYLD members in New Zealand, the United Kingdom and Belgium.

Through the collaborative efforts of WYLD members exchanging knowledge across boundaries, I was able to develop creative outputs for ensuring dementia stigma awareness within ORCA. Some of these outputs included education tools for direct care staff, a guide for management and a video for residents and their families.

Thanks to volunteer-led, social entrepreneurial ventures where emerging professionals can freely come together, such as with WYLD, dementia focused endeavours can continue to develop and grow. 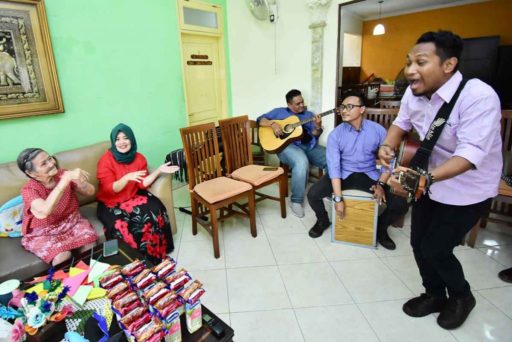 ADI member Alzheimer’s Indonesia (ALZI) has been running a Youth Engagement Programme (YEP) since 2017. The programme encourages young people, including young carers, to become more actively involved in raising awareness of dementia through activities such as fun walks, picnics and social media campaigns.

The success of the programme ended up inspiring several instances of greater involvement of youth in dementia advocacy. Such examples include a group of medical students who ran a public health campaign on social media, with dementia as their topic of focus, and a couple who initiated a fundraising campaign ‘Everest for ALZI’, raising over US$13,000. The YEP programme has also encouraged more youth volunteers signing up to support ALZI.

ALZI’s Home Visit Music Program is a central activity of the YEP. With Indonesia’s enormous musical diversity, the Home Visit Music Programme is a particularly good example of effectively using a culturally significant activity to enable young people to find social, physical and emotional engagement in their community. By promoting a healthy lifestyle and the ’10 warning signs of dementia’, the programme has an educational element, as well as reducing stigma and providing a form of therapy for people with dementia and carers.

The Home Visit Music Program is a particularly successful example of where young people can contribute meaningfully to the community while learning about dementia, including from those directly affected by the condition. One of the youth participants described her joy at being involved in the programme, saying: “I feel an extraordinary energy here! Their happiness brings us happiness too, and music brings adrenaline and happiness hormones.” 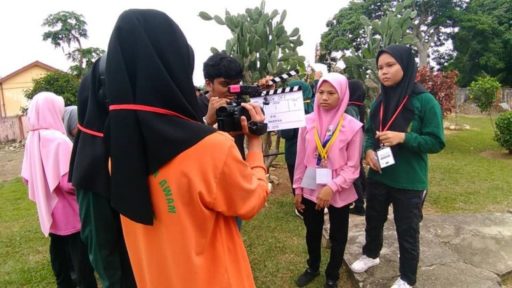 Participants in the Ascendance Programme in Malaysia.

There was a large contingent of young carers who presented at the event and shared their lived experiences as carers of people living with dementia in hopes of inspiring others to become more involved in their communities and become advocates for persons with dementia. The event was also an opportunity to utilise young people’s extensive social media network and platforms to raise awareness of emerging dementia issues – notably including happy stories too.

The participants are still in touch and collaborating on a number of projects. One of the youngest of presenters at 17 years old, Harsha now works with over 800 students in 9 schools and has progressed to support young carers as young as 12 in continuing their education and keeping them in school. A story about her programme ‘Ascendance’ recently featured in one of Malaysia’s leading finance and business newspapers.

Since the programme, several Alzheimer associations have expressed their interest in initiating a similar YEP in their communities. Building on the success of the first Asia Pacific Youth Engagement Programme and growing interest, ADI is working on an accreditation programme.

As we’ve seen with the climate movement, youth advocates have the power to achieve great things. It is not only promising but extremely exciting to see such interest and commitment by young people to advocate for the millions of people affected by dementia. This number will keep going, and so must our initiatives.

Special thanks to Jyoti Nagrani and Patricia Tumbelaka of Alzheimer’s Indonesia and Jackie Wong of Demensia Brunei for providing information on the Youth Engagement Programme. 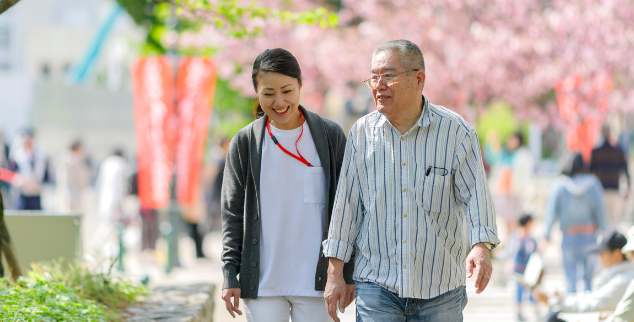