As outlined in the World Alzheimer Report 2022, receiving a diagnosis of dementia at a younger age is often more difficult because of the lower prevalence of neurodegenerative disease in younger persons.

As consequence, considerations around the specific needs of people living with young onset dementia, and those of their family members and carers, are a recent development in conversations pertaining to post-diagnostic care and support.

In this blog from Samantha Loi, Associate Professor at Melbourne Neuropsychiatry Centre and member of the Australian Young Onset Dementia Special Interest Group (YOD-SIG), Samantha touches on the complexities of receiving a diagnosis for those who are living with young onset dementia (YOD), as well as the complications around lack of available post-diagnostic support and information.

In Australia, there are about 28,000 people living with young nset dementia (YOD); globally, this figure is estimated to be around 3.9 million, accounting for 5-10% of all dementia.

When younger people have dementia, they are usually in the ‘productive years’ of life, employed, providing for their children and family, and juggling multiple roles. On receiving a diagnosis of dementia at a younger age, it can be particularly devastating with significant implications on one’s work, finances, role and sense of self.

When Kate Swaffer, a member of our network who is based in Adelaide, Australia was diagnosed with YOD in 2008 at the age of 49, one of her teenage sons said: “But mum, isn’t that a funny old person’s disease?”, which highlights one of the misconceptions about dementia.

Often the first symptoms of young onset dementia is related to mental health, with symptoms including low mood, poor sleep, irritability, impaired concentration and stress. Often, individuals end up being diagnosed and treated for related conditions like depression and anxiety.

Because young onset dementia is more rare and not expected – and thus less recognised, – it can lead to potentially years of assessments, blood tests, brain scans and other tests, as well as seeing multiple specialists and repeating one’s experience, until a diagnosis is given.

In many cases, it can take as long as five years or more to obtain a correct diagnosis. This difficulty can add to further frustrations, just as can the potential invasive and costly tests.

Lack or absence of post-diagnostic support

As well as timely diagnosis and access to the availability of appropriate and more definitive investigations – a significant issue for people with young onset dementia, – the other issue pertains to lack of post-diagnostic support.

Kate was advised by the local advocacy organisation and service providers to “give up work, give up study, get her end-of-life affairs in order, and start going to aged care respite a day a month to get used to it.”

She refers to this as Prescribed Disengagement and reports that 14 years later, new members of Dementia Alliance International (DAI) that she meets each week, report it is still happening.

She also lost her job, and no one advised her the symptoms of dementia are disabilities, and that she had rights under the Convention on the Rights of Persons with Disabilities (CPRD), to reasonable accommodations to remain employed. Thankfully in Australia, people with YOD can now access support through the National Disability Insurance Scheme.

We know already that for older people with dementia, it can be hard to access and navigate information, support and resources. However, for people affected by young onset dementia, there are less resources available, and the information required is very different compared to older people.

For example, advice regarding employment and finances, such as around mortgage concerns and legal issue (including advanced directives and power of attorney), are crucial when people may need to transition to part-time work. However, this is more often missing than not.

There is also a lack of community support, including respite, which address the needs relevant to people with young onset dementia. Appropriate accommodation for younger people when they eventually need permanent care which can’t be provided at home is also a common issue.

In Australia, our Younger Onset Dementia Special Interest Group (YOD-SIG) was started in 2020 in response to the burgeoning need for advocacy, research, policy and care for those affected.

We are network of almost 100 clinicians, people with lived experiences, care-partners, researchers and providers working together to improve the outcomes of people living younger-onset dementia, including existing post-diagnostic care models and support systems.

Since our brief inception, we have run two webinars on diagnosis and post-diagnosis care, organised a YOD-SIG special event with well-renowned researchers talking about their cutting-edge work and a panel of experts (including lived experience) discussing research priorities in YOD. We are planning two additional webinars this year (communication and maintaining quality of life after diagnosis).  We have put together an editorial to the major psychiatry journal in Australia calling for improved diagnosis, treatment and care for YOD. 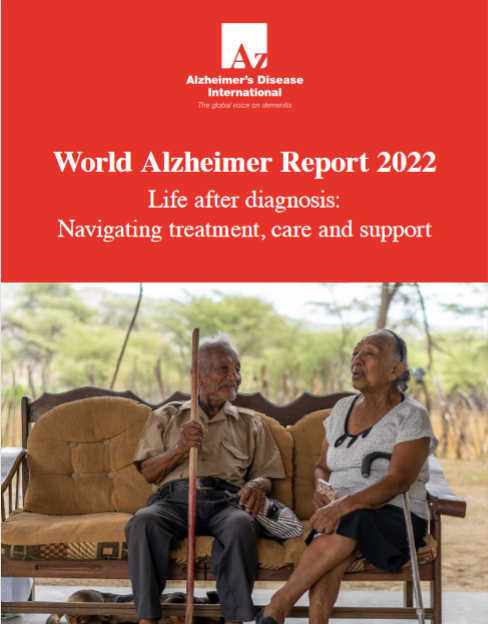 The World Alzheimer Report 2022, for which McGill University was commissioned, is dedicated to the vast topic of post-diagnosis support. Read More