ADI member Alzheimer’s Society’s (UK) Singing for the Brain™ group is based around the principles of music therapy and singing. Group sessions are structured to include a range of activities including vocal warm-ups, use of percussion instruments and singing a variety of both familiar and new songs. Participants also have the opportunity to talk to and to form networks with other people affected by dementia.

In this blog, Peter Edwards, Singing for the Brain™ Leader, shares how one group came together virtually during the first COVID-19 lockdown and through its success, found inspiration to create a project that would feature the talent of its members and preserve their voices for generations to come.

For many years throughout the United Kingdom, people affected by dementia have gathered in various sized groups through Alzheimer’s Society’s’ Singing for the Brain service, to enjoy making music singing together. The sessions are run by a trained leader and volunteer who actively encourages and supports people to take part.

Since the beginning of these gatherings, it has been observed how someone with a diagnosis of dementia can retain their memory of song lyrics and structures long after other cognitive functions have become impaired.

One group of friends, who came together as a singing group for people affected by dementia, went online in March 2020 as the first COVID-19 outbreak began.

When they came together virtually, each of them found they could comfortably sing with newfound joy and self-confidence, encouraged by the comfort and security of their own home. Many noticed a change which brought their own voices and musicality to the fore. Eventually, the virtual singing group began to expand beyond friends in the local area and across the planet, with people joining from England to India, from Croydon to California.

Members of Croydon Alzheimer’s Society Singing for the Brain™ group perform at ADI 2022.

From these meetings, friendships and self-support groups began to arise spontaneously.

Sharing the singing sessions with the world

As the virtual singing group continued to grow, I was asked by members of the original group (Alzheimer’s Society Singing for the Brain Croydon) to oversee a project that would both memorialise their loved ones’ vocal prowess, as well as create a singing resource that could be shared with everybody.

We started to reach out to those who had only joined the singing sessions since going virtual, as well as original members. Some people were invited to record a song with which they had become closely associated within the group, often a song which they found particularly poignant, prompting fond memories of happy times.

Others were keen to sing but unsure what to offer; in those cases I discussed ideas with them, suggesting lyrics which seemed to suit their story, and they accepted the challenge to learn new material and record it.

However, sometimes the difficulties of real life crept in. One of the members, Fred, sadly passed away before the project got underway. Through a vocal recording that was already online and with permission from his wife, we were able to add his magnificent voice to the album.

We also lost Eric, a true lover of music, who had been lined up to record his ‘signature’ song, ‘Fly me to the moon’. While he was in hospital, he continued to do what he loved most and sang for others in the ward, who were delighted by his stylish interpretations of songs.

While by his side, his wife Liz captured another one of his go-to songs, ‘We’ll meet again’, which he often used to round off our singing sessions. Though he was weak, his timing and voice were impeccable as always.

‘If I Had a Song’ compilation

The result was a rich resource of vocal performances with original piano backing tracks and lyric sheets gathered under the title ‘If I Had a Song’.

Members of the Croydon Alzheimer’s Society Singing for the Brain™ group.

Each accompaniment of the song was also recorded in three different keys (higher, middle and lower) and the lyrics reproduced so that the songs can be sung at home by people with dementia and their friends and family.

The backing tracks were mostly new arrangements created by Daniel Steiner, who also works for Alzheimer’s Society and had previously been a Singing for the Brain volunteer in Southwark, London (the borough that happens to be home to ADI’s head office). In addition to the wonderful vocals supplied by those living with dementia, their carers, Alzheimer’s Society staff and volunteers, two of the latter, Anne Miles and Sandra Willans, also lent their piano playing skills.

Dara De Burca, the newly appointed Head of Operations at Alzheimer’s Society, was among the first to recognise what had been achieved, saying: “I absolutely love that this project has grown out of relationships and connections and is a wonderful example of collaboration and giving people agency.”

The hope is that people will use and enjoy this set of music, but also that people will be inspired to record their own loved ones, not necessarily singing, perhaps just talking and reminiscing, so that those future generations can feel the warmth and love reaching out to them.

You can download the ‘If I Had a Song’ project, including vocal tracks, accompaniments, lyrics and CD work here.

Peter Edwards is an experienced leader of therapeutic musical interventions and has worked for a variety of organisations across London, UK, including as a Singing for the Brain™ Leader with Croydon Alzheimer’s Society in south London. 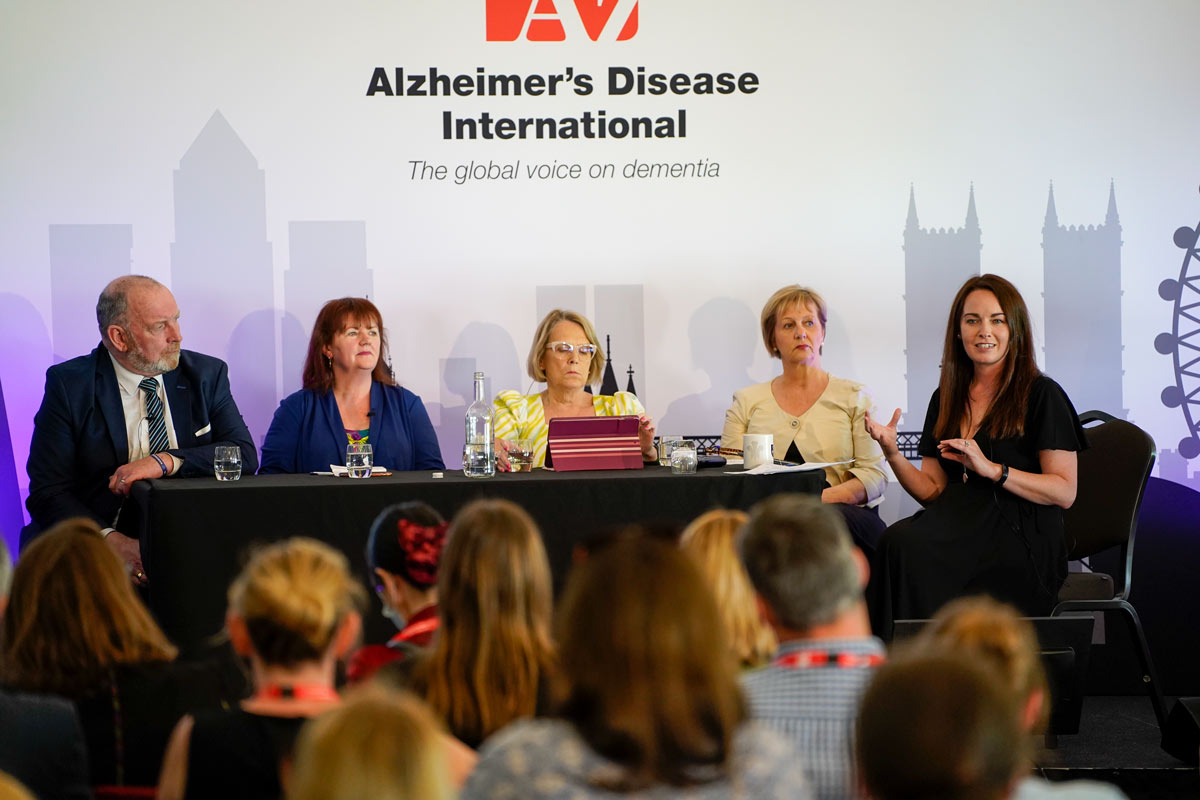 The 35th Global Conference of Alzheimer's Disease International was held 9th-11th June 2022, both in London, U.K and online. Read More 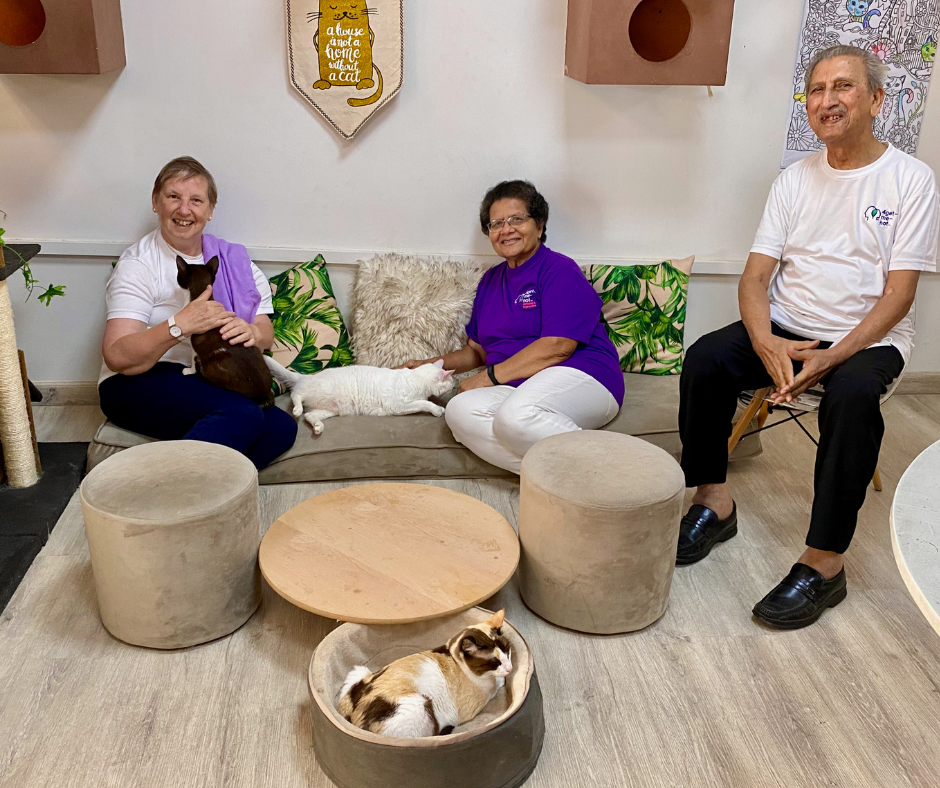 Desirée Vlekken, Founder of ADI member 4get-me-not (United Arab Emirates), writes about how the organisation is incorporating music and 'cat therapy' to improve the lives of people living with dementia, as well as cats in the community. Read More