Throughout the years, ADI member 4get-me-not (United Arab Emirates) has incorporated musical performances as an integral part to its activities and events, and consistently witnessed how music can reduce agitation, improve behavioural issues and increase levels of happiness.

While there is still no cure for Alzheimer’s disease or dementia, 4get-me-not focuses on the different ways that quality of life can be better improved for older members of the community and those affected by dementia.

In this blog, Desirée Vlekken, Founder of 4get-me-not, writes about how the organisation has started to incorporate music and ‘cat therapy’ for both the betterment of individuals and wider community.

Most of those who belong to our organisation experience loneliness or depression. Many have lost their spouse or are unable to regularly see their family due to work and school commitments. During the COVID-19 pandemic, we noticed that these feelings of loneliness and depression became worse.

Late last year, we decided to organise an afternoon tea at a ‘cat café’ to help mitigate the feelings that some of our members were experiencing. As a self-proclaimed cat lover, I believed that introducing cats with our older seniors and their carers could help offer some “companionship” (or ‘cat therapy’). Having something to pet or touch can result in a host of emotional benefits, whether it is reduced risk of loneliness, lessened levels of anxiety and increased abilities to show gentleness and caring. 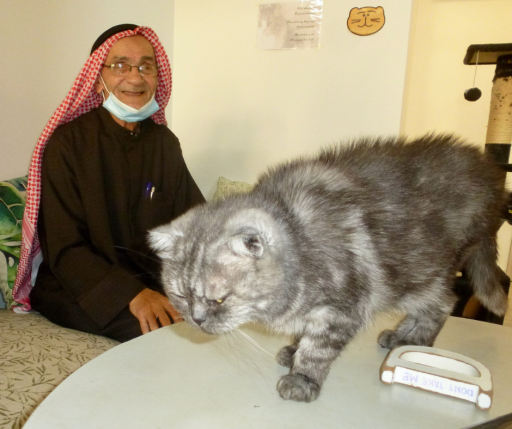 A member of 4get-me-not with a cat during a cat café session.

On arrival, it was almost immediately clear how the cats could offer this missing piece of companionship. The seniors actively engaged with the cats, from feeding, petting, and grooming, through to socialising with the café staff and discussing interests in cats as pets. So many of those who had been feeling lonely or depressed had started to come out of their shell.

Following the success of three different groups which were invited to the café and with a clear vision in mind, we decided to reach out to the Director of Yanni Animal Welfare (YAW), Dr Manal al Mansoor, to see if 4get-me-not could assist in helping with abandoned and stray cats.

This fruitful collaboration resulted in a recording of 4get-me-not members singing ‘Can you feel the love tonight?’ by Elton John and from the film Lion King, while in the presence of the rescued cats. The performance will be released as a part of an awareness campaign for YAW, with the seniors also performing live for an upcoming fundraising campaign for YAW, which takes places before the end of Ramadan.

As we incorporate music throughout all our events and activities, the group has found it exciting to not only become regular performers for YAW, but to also lend their singing talents for more cat rescue shelters and welfare groups in the Emirates. There is keen interest for the group to learn new songs and readiness to schedule rehearsals. 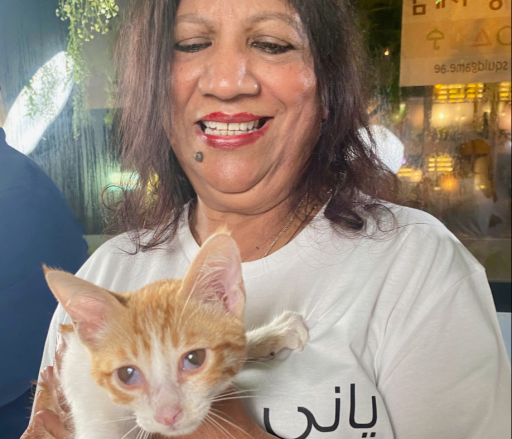 “The benefit of giving back to the community has been a significantly motivational factor for the group.”

It’s hard not to notice that the weekly rehearsals have seemed to stimulate musical perception and functional changes within our older performers. These performances involve repetitive tasks – such as memorizing song parts, paying attention to the tune and rhythm, – but with the added novelty component of performing for a good cause. The benefit of giving back to the community has been a significantly motivational factor for the group.

Through initiatives like this, the members of 4get-me-not have only emboldened their united feelings of achievement and increased confidence, validating that age is just a number and that one can always find happiness and companionship, regardless of where they are at.

You can learn more about 4get-me-not, including their upcoming activities and events, here. If you are interested in learning more about Yanni Animal Welfare (YAW), click here. 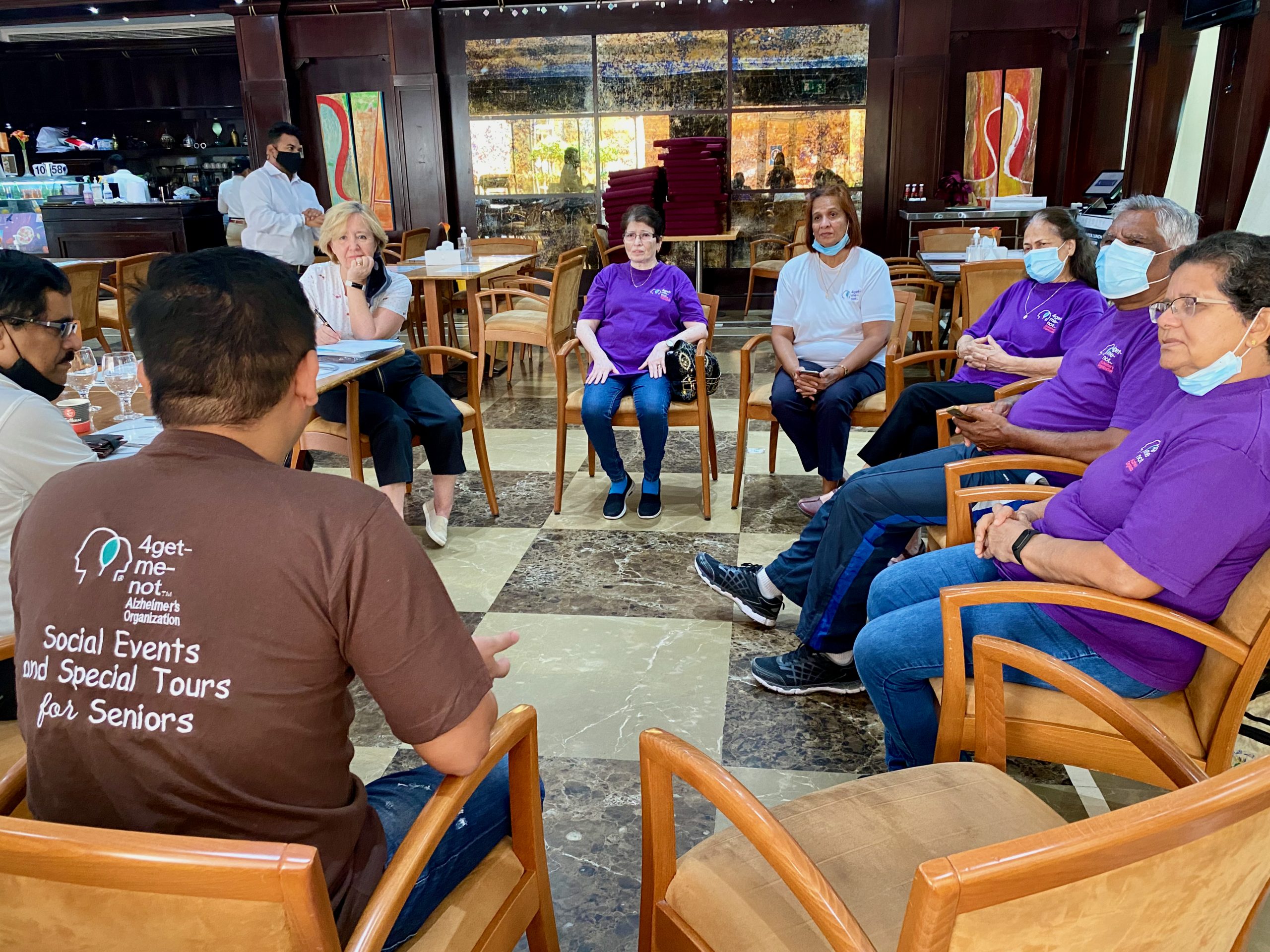 ‘Chocoholics – Life is sticky sweet but sweet’, the grief support group created by Desirée Vlekken, founder of ADI member 4get-me-not, has quickly grown in community support and outreach since its first meeting at the beginning of April 2021. Read More 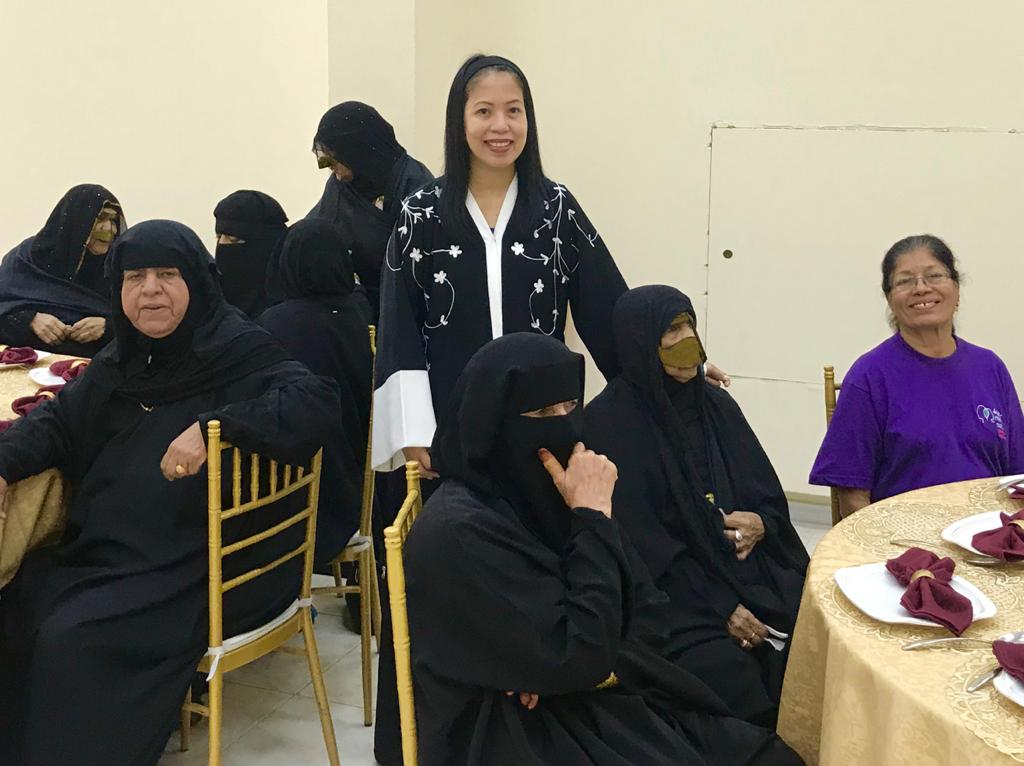