Every year, we are seeing a stream of innovative tools and technology to help better assist people living with dementia and carers, from diagnostics to cognitive improvement.

Earlier this year, ADI member Alzheimer’s Disease Association of the Philippines (ADAP) partnered with Memory Lanes Games, an ORCHA-certified digital health company, to create tailored exercises for people who are living with cognitive impairments, including stroke and dementia.

In response to the inability to see specialists and clinicians face-to-face during COVID-19, Memory Lane Games wanted to develop an app which would aim to provide effective cognitive stimulation for people living with dementia. As outlined in the World Alzheimer Report 2021, ‘Journey through the diagnosis of dementia’, only 35% of people living with dementia reported that they were able to access an in-person clinician during the COVID-19 pandemic.

Once introduced to ADAP, Memory Lane began to build a tailored version of the app for ADAP. Within the app, which provides a multitude of different cognitive games, hundreds of images around familiar Filipino images and themes were selected, including that of Original Philippines Music, street foods, history and over a 100 local towns and villages.

Bruce Elliot, CEO and Co-founder of Memory Lane Games said: “The games are designed in such a way to provide a frustration-free experience based around favourite or familiar topics with no scoring or time-limits. The questions, and in particular the images, have also been carefully chosen to create an enjoyable experience for both people living with dementia and carers. Ultimately, we want a platform that stimulates conversations and memories.”

Following monthly calls with ADAP, as well as ongoing reviews to improve the app, the app was launched on April 2021. Since being made publicly available, the app has had over 17,000 downloads in the Philippines and has been adopted by people living with dementia, family carers, therapists and family members alike.

Dr Jemellee Cano, an ADAP Board member and neurologist, said: “The Memory Lane Games app has helped to encourage positive social interactions between family carers and those affected by dementia. For those who are living with more progressed stages of dementia, family carers have noted that the game helps in improving their mood, making taking care of them easier. During COVID-19 quarantine restrictions, I’ve prescribed the app as a brain exercise.” 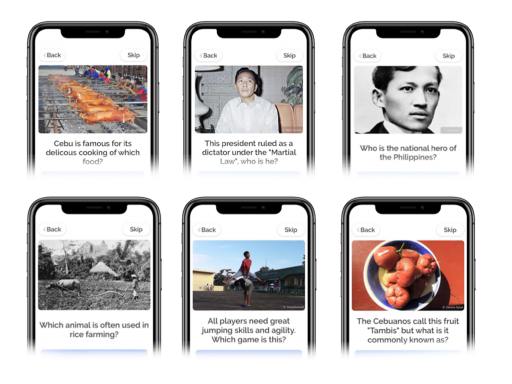 Sarah Pagen, who runs Good Companion, a Warwickshire-based business offering administrative and companionship services to the elderly, said: “I work closely with families in the community to provide practical support and companionship. I know from experience that family members find it so tragically sad when their loved ones’ recent memories are taken away by dementia, so being able to reconnect to old memories they share together by using Memory Lane Games, how magical is that? This app makes such a difference to people living with dementia.”

Memory Lane Games, which offers similarly tailored and localised versions of its app, can be contacted at heretohelp@memorylanegames.com.

The Alzheimer’s Disease Association of the Philippines (ADAP) was founded in 2000 and has been a member of ADI since 2002. The association is based in Quezon City, Philippines. Read More