Our individual actions, behaviours and mindsets have the ability to impact society at a large scale. If we each focus on making society equal for all, we can create a gender equal world.

In part one of this part two series for International Women’s Day, we look at the role of women as carers in dementia care. Originally published in the World Alzheimer Report 2019, ‘Women as carers: gender considerations and stigma in dementia care’ addresses the often overlooked role that gender plays when it comes to the role of a carer for those affected by dementia.

The author, Nicolas Farina, Research Fellow in Dementia, Centre for Dementia Studies at Brighton & Sussex Medical School, writes: “Gender norms are ingrained within our society. Much of the time, they go unspoken, unrecognised, or just an accepted part of life. This piece highlights the complexities of gender norms, both considering how societal pressures for both women and men ultimately influence who will take on the caring role. These norms and societal pressures can be observed internationally, and our research within Pakistan is an exemplar of this (Zaidi et al., 2019). Ultimately, we need to ensure that everyone, irrespective of gender, has the right to choose whether they care for a family member, or not. Being female should not factor into this equation.”

Women as carers: gender considerations and stigma in dementia care

Dementia has a profound impact on those close to the person with dementia, particularly the family and family carers. Whilst some family members may find meaning in their new caring role, family carers often experience worsening physical and mental health, poorer quality of life and increased financial burden as a result of providing dementia care. Gender is an area of importance in relation to dementia care, and whilst a report by Alzheimer’s Disease International has previously reviewed in depth the experiences and impact of women as carers, it is still commonly overlooked. Female carers are likely to experience greater social restriction, and experience higher levels of burden and depression when compared to male carers. Whilst there are many potential explanations for these gender differences (e.g. different coping strategies between men and women), the route to which women specifically become carers for someone with dementia is an important determinant of negative outcomes.

Between 60% and 70% of all family carers of people with dementia are women. Female spouses, daughters and daughters-in-law are more likely to take on the caring role compared to their male counterparts. The extent to which this occurs by choice is unclear, though the preference for women to take on the role as a family carer appears to stem from deep rooted gender norms. There is the common myth that women are better carers, and whilst there are certain personality traits that may support such notions (i.e. nurturance), there is no conclusive evidence that women make better carers than men.

Societal messages often dictate that caring behaviours are linked to being female, and therefore can create the expectation that women should fulfil this role when such a situation arises. These societal messages can also lead to external pressure, making women feel guilty if they choose not to adopt the carer role.

Importantly, women are expected to become carers even if they do not have sufficient knowledge, or without sufficient preparation to become a carer.

Conversely, there is little societal pressure for men to become carers, in fact, there may be more societal and cultural pressures acting on men not to become carers. Globally there are many examples of the view that men should be masculine (e.g. machismo in Latin America), which nurturing and caring behaviours do not conform to.

Gender norms and societal pressures can also lead to men and women adopting different caring responsibilities. Personal care (e.g. dressing, bathing) is seen as difficult irrespective of gender, though male carers report greater difficulty or discomfort in completing these tasks; it is therefore unsurprising that women are more likely to take on these roles. Men, on the other hand, are more likely to focus on necessary tasks, separating their emotions from the caring role. As such, men may adopt a more pragmatic approach to caring, and be more willing to access external resources to support the person with dementia.

Whilst it is difficult to quantify the exact value of different care provision by family members, care should be holistic and should meet all the needs of the person with dementia.

Read the full essay in the World Alzheimer Report 2019 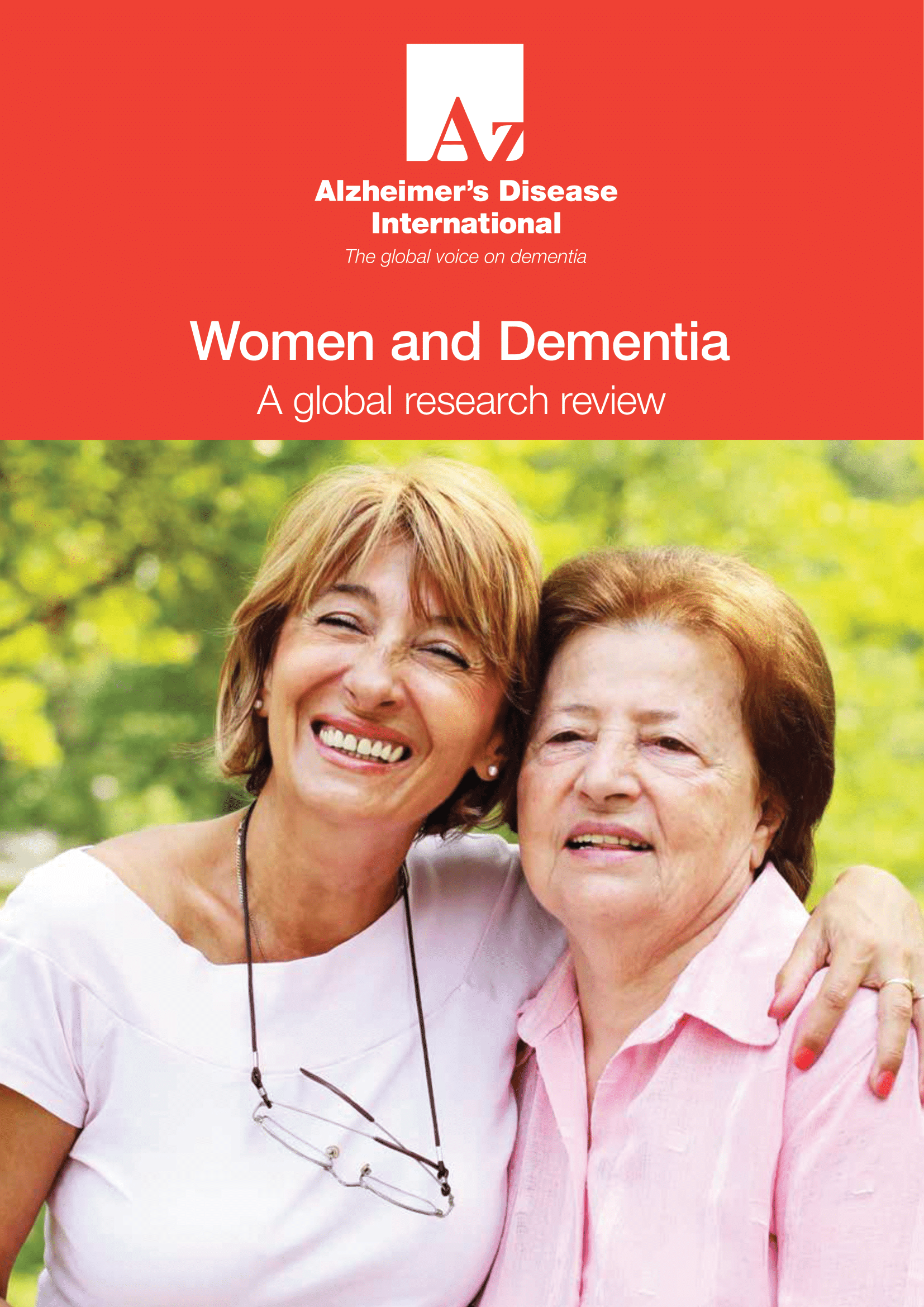