LONDON – 21 September 2021: A new report has found that an estimated 41 million cases of dementia across the globe are undiagnosed, and new treatment breakthroughs could result in an oncoming ‘tsunami of demand’ for diagnosis, which could overwhelm unprepared healthcare systems worldwide, say Alzheimer’s Disease International (ADI), the global federation for over 100 Alzheimer’s and dementia associations across the world.

McGill University in Montreal, Canada was commissioned to deliver ADI’s annual World Alzheimer’s Report 2021 ‘Journey through the diagnosis of dementia’, which finds that 75 percent of 55 million people with dementia are not diagnosed worldwide. This figure is as high as 90 percent in lower-to-middle-income (LMIC) countries.

For the first time in decades, a new drug treatment for Alzheimer’s disease is on the market in the US, with the FDA conditionally approving aducanumab  for use in early Alzheimer’s patient populations. Without a diagnosis many people living with dementia worldwide may not be able to access new treatment breakthroughs.

“The emergence of quicker, easier, cheaper, less invasive blood biomarker diagnostic tools will combine with emerging drug treatments and the global ageing population to create a tsunami of demand for diagnosis putting extreme pressure on healthcare systems,” says Professor Gauthier. “Now that for the first time in decades, an Alzheimer’s drug treatment targeting a key protein involved in the disease process is available in the US and may soon be available in other parts of the world, people will not be able to access them without an accurate diagnosis.”

According to the new World Health Organisation (WHO) statistics, dementia is the seventh leading cause of death among all diseases worldwide. Concerningly, stigma is still a major barrier to diagnosis, with the World Alzheimer Report survey revealing that one in three clinicians that nothing can be done, making diagnosis futile.

Paola Barbarino, ADI CEO, says that “lack of awareness and stigma within healthcare systems is hampering efforts to support people living with dementia“.

“This misinformation in our healthcare systems, along with a lack of trained specialists and readily available diagnosis tools have contributed to alarmingly low diagnosis rates,” says Barbarino. “We need healthcare systems across the globe to ensure that their national dementia plan includes specialist dementia training and adequate diagnostic equipment.”

“For over 20 years we have been calling on world government to implement national dementia plans,  and frankly, progress has been too slow,” says Barbarino. “Now the tide has turned, and demand is set to skyrocket. Governments must respond now.”

The WHO global action plan on dementia stipulated that half of countries should be diagnosing 50 percent of the expected number of those living with dementia, however ADI data suggests that the diagnosis rates in Member States could be as low as 25 percent in HICs and 10 percent in LIMCs.

Furthermore, 90 percent of clinicians identified additional delays and wait times for providing diagnosis due to the ongoing COVID-19 pandemic. Just one in three people with dementia and their caregivers have had in-person access to a clinician throughout the pandemic.

Emily Ong, a woman from Singapore living with dementia and member of Dementia Alliance International, says that diagnosis is an incredibly important part of the journey for people with dementia and needs to be done right.

“My initial diagnosis period was very difficult. I was provided with nothing except being told to come back in 6 months’ time,” says Ong. “Without support, my family and I had to figure out what young-onset dementia is and how it would impact my family and me. I was robbed of hope twice, once during the diagnosis and the second time through the absence of support after the diagnosis.”

Current dementia diagnostic methods are notoriously complex, involving expensive PET or MRI scans, or spinal fluid tests. The resources for these diagnostic methods, and the specialist healthcare professionals trained to provide these services, are in limited supply around the world.

Three in four clinicians ranked the increasing number of people seeking a diagnosis, as global populations age, as a major challenge in the future, followed by people seeking diagnosis due to self-testing.

Barbarino says that this shows that it’s more important than ever for world governments to be planning appropriately for the oncoming dementia diagnosis demand.

“People with dementia have a right to know their diagnosis, so they can know what to do next,” says Barbarino. This is a progressive disease, and figures are growing every year. There is a perfect storm gathering on the horizon and people will not be able to access them without an accurate diagnosis.” 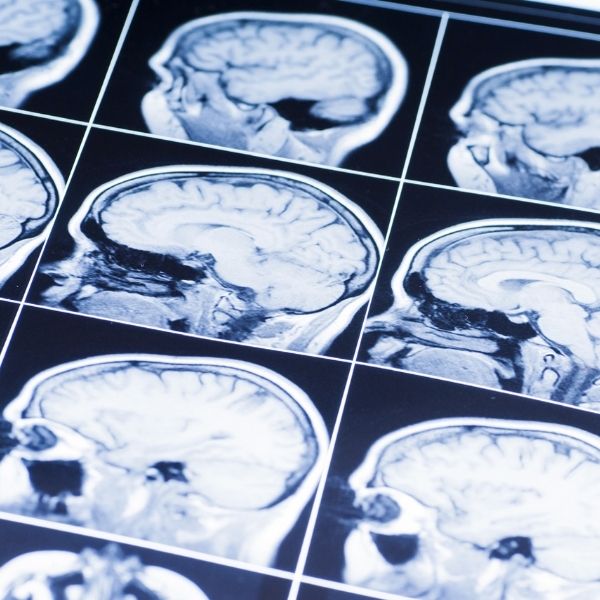