In an update to our news story below from 11 January, and following more than 10,000 submissions and comments on the earlier coverage proposal, the Centers for Medicare & Medicaid Services (CMS) in the US, has finalised its Medicare coverage policy for monoclonal antibodies directed against amyloid for the treatment of Alzheimer’s disease.

The policy states that monoclonal antibodies directed against amyloid plaques, that are approved under the Food and Drug Administration’s accelerated pathway, will only be covered when administered in eligible clinical trials, which aligns with the original proposal. However, in a change to the earlier proposal, it has broadened which trials are eligible, now stating it will cover the Alzheimer’s therapies when administered in FDA drug application trials or studies conducted by the National Institutes of Health.

CMS has also added a second coverage pathway, stating that should a new therapy secure traditional FDA approval, the agency will cover it more broadly in a number of approved settings.

On 11 January, the Centers for Medicare & Medicaid Services (CMS) released a Proposed Decision Memo outlining its proposals for covering the cost for Aduhlem and any emerging FDA approved anti-amyloid immunotherapies which become available subsequently.

In the memo, CMS proposes restricting coverage of these treatments for those undergoing CMS approved clinical trials that demonstrate a “clinically meaningful benefit in cognition and function.” The decision is preliminary, with the CMS inviting public comment on the proposals. The final decision is expected in April.

CMS is the federal United States agency which manages the Medicare programme and administers Medicaid and health insurance portability standards. Medicare is the United States national programme which provides free or subsidised health care services to those over the age of 65 or those fulfilling specific eligibility criteria. Medicaid is a separate programme providing coverage to those on lower incomes.

The proposed decision has already received widespread media attention in the United States and is seen as controversial by some. Some proponents welcome the move by CMS for more evidence to be provided on the efficacy and safety of the treatments before reimbursement. Conversely many will see this as limiting access to treatment, which may disproportionately affect those typically underrepresented on clinical trials, such as ethnic minorities and women.

On the proposed decision, ADI CEO Paola Barbarino said: “What is happening in the United States with regard to breakthrough therapies for Alzheimer’s and dementia is being closely watched by the rest of the world. Recent decisions in Japan and the EU prove how delicate the global situation is in respect to these new treatments.”

We understand that for many in the United States, especially for those on Medicare, this proposed decision is likely to be concerning and upsetting. We will continue to advocate the importance of new treatments entering the market being effective and safe but equally, that access should never be restricted on the basis of income, ethnicity or gender. We will continue to monitor and engage with these developments as they unfold.

We will continue to provide further information on these developments as and when they become available. 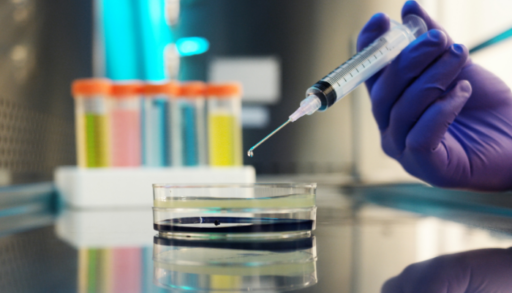 Eisai’s lecanemab will represent the second anti-Amyloid Beta therapy to be evaluated by the FDA as a disease modifying treatment for early Alzheimer’s disease. Read More