In this blog from Elizabeth Mutunga, Christine Musyimi and Levi Muyela of STRiDE Kenya, the team writes about their recently trialed anti-stigma toolkit which aims to change the conversation and understanding of dementia in Kenya.

The toolkit was developed as a part of the STRiDE project, which had different work packages for each of the seven participating countries.

Stigma around dementia is rife in Kenya. By many, it is viewed as a condition where one is either bewitched or being punished by the gods for having done something wrong. As such, lots of people hide their loved ones and family members who are living with dementia as they fear being ostracized by the community.

All of this is due to lack of correct information on the condition and in Kenya, we are at the nascent stages of understanding dementia.

As one of the seven countries of the STRiDE (Strengthening Dementia Responses in Developing Countries) project, we had different work packages, each covering different aspects of research, including running a Theory of Change (ToC) workshop in each of the countries; exploring the impact of stigma and developing an anti-stigma toolkit; understanding the costs and impact of providing unpaid care; generating quantitative evidence on the impact and costs of dementia, , impact and engagement strategies, and more.

We eventually settled on Work Package 3, which was the anti-stigma toolkit. There were some discussions about choosing another work package, which dealt with prevalence and is of a great importance to the country, as we don’t have the data to determine the number of people affected by dementia; however, we realised we wouldn’t be able to obtain prevalence data until people started openly speaking about dementia. 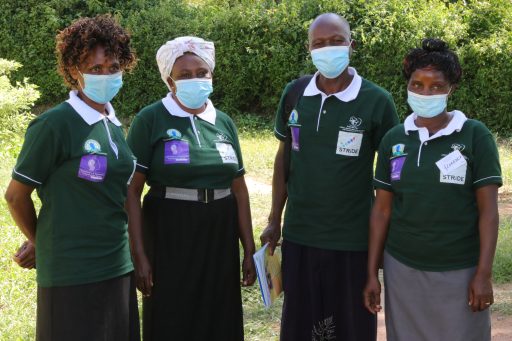 Community health workers in Makueni County helped facilitate the delivery of the intervention.

As such, we started to work on the anti-stigma toolkit with the aim of ensuring people would have the correct information around dementia and start having conversations which will help lead to destigmatisation around the disease.

Our inspiration for the anti-stigma toolkit was the simple fact that we needed to see positive changes on how issues around dementia were being handled. In Kenya, there are no policies on dementia and working on the dementia plan, together with the Ministry of Health, made us realise the need for having these policies in place.

Public policies are important as they ensure that issues relating to dementia are not hidden but dealt and cared for with the seriousness it deserves.

Competing interests too made us become very vocal, using the media, both print and digital, social media and even holding Mind walks to advocate for issues related to dementia.

We also felt that the toolkit could help in addressing older persons who were accused of witchcraft. In some instances within rural settings, those living with dementia would sometimes go to the outside toilet and forget to dress themselves. Forgetting how to find their home and often experiencing frustration, some would knock on the doors of neighbours. Later on, if something unexpected was to happen to the families whose doors had been knocked on, such as getting ill, they may blame the person living with dementia as having cast a spell on the family.

Examples such as these speak for themselves in the necessity for community education.

For the toolkit, the team came up with a dementia anti-stigma intervention.

This intervention took the form of a facilitator’s manual which would ‘train the trainers’. The intended outcome was for facilitators to understand and have the knowledge of the stigma around to dementia. As a part of the toolkit, this included key messages that needed to be passed on by the trainers to the caregivers and the general public. 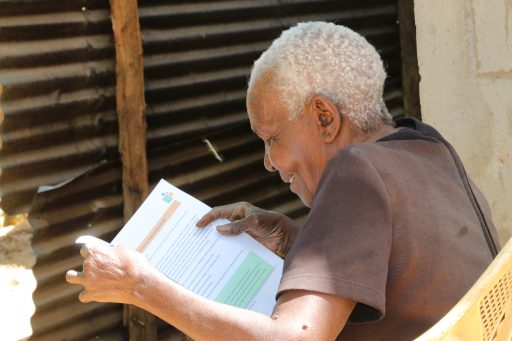 A woman looks over the anti-stigma toolkit developed by STRiDE Kenya.

Further included in the manual were facts on dementia, the importance of diet and exercise, as well as the voices of people living with dementia through videos.

Human rights was another topic that needed to be highlighted, with the importance of further reiterating that people living with dementia have rights and need to be treated with dignity. To illustrate this, we included case vignettes.

Impact and future use

The public initially completed a pre-survey so that we had an understanding of what they already knew about dementia. Their initial answers were affected by their misconceptions and stigma associated with the condition. 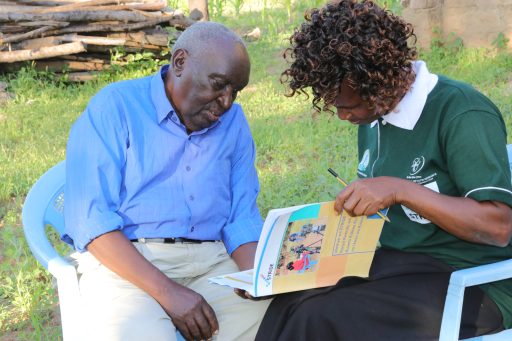 Sharing the toolkit with a member of the community.

After the training, they completed a post-assessment survey and there was a deeper understanding of what dementia was. We felt our intended goal was achieved when we noticed the change in perceptions from those surveyed.

Based on these findings, our future plans around the anti-stigma toolkit are to pilot it further and disseminate it more broadly in Kenya, with the possibility of sharing it with other low-income countries, while taking into consideration the cultural aspects in each setting.

Though the STRiDE project officially finished at the end of March 2022, each of the teams will continue the important work they started by participating in the STRiDE Network.

The network, which is a new collaborative effort that is still in development, will enable researchers, Alzheimer associations and other NGOs, people living with dementia, carers and more to work collaboratively to transform research into policy change and impact. 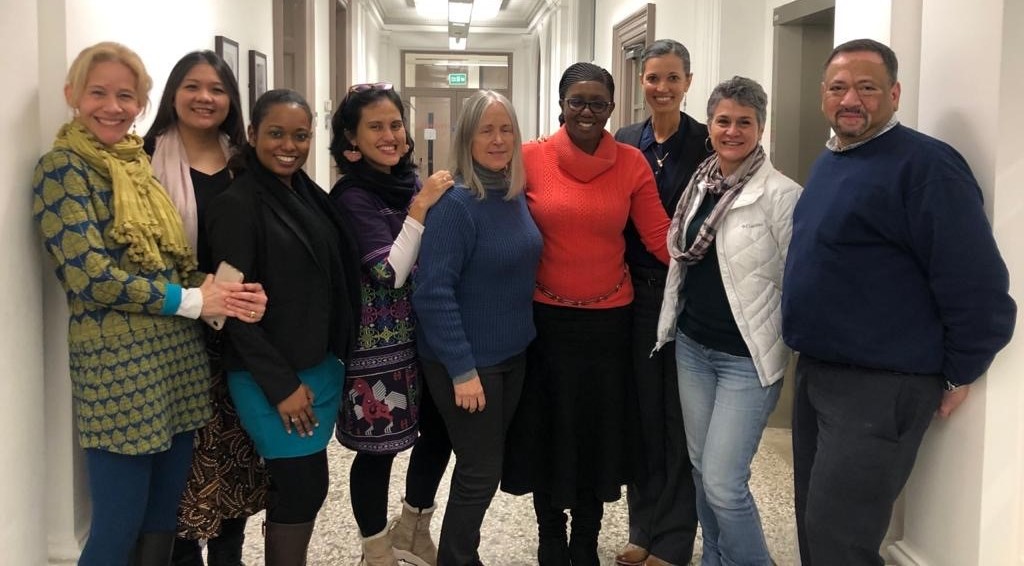 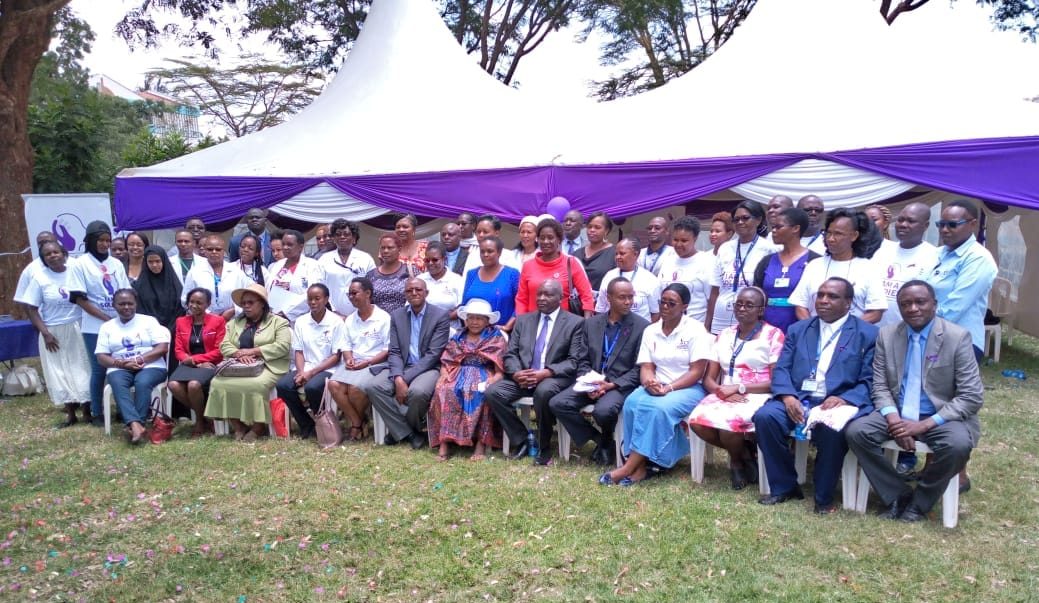 Alzheimer’s & Dementia Organisation Kenya (ADOK) was founded by Elizabeth Kasima Mutunga in 2016, and has been a member of ADI since 2017. The association is based in Nairobi, Kenya. ADOK currently has one branch with four others in the process of being established. The association is proud to have… Read More