This report sets out to answer some of the questions raised in the World Alzheimer Report 2015. In that report, ADI presented estimates of the  . The global costs then were estimated to be US$ 818 billion. Of these costs, 40% were related to informal care, 40% to the social care sector and 20% to the medical sector.

The primary aims of this report are to: 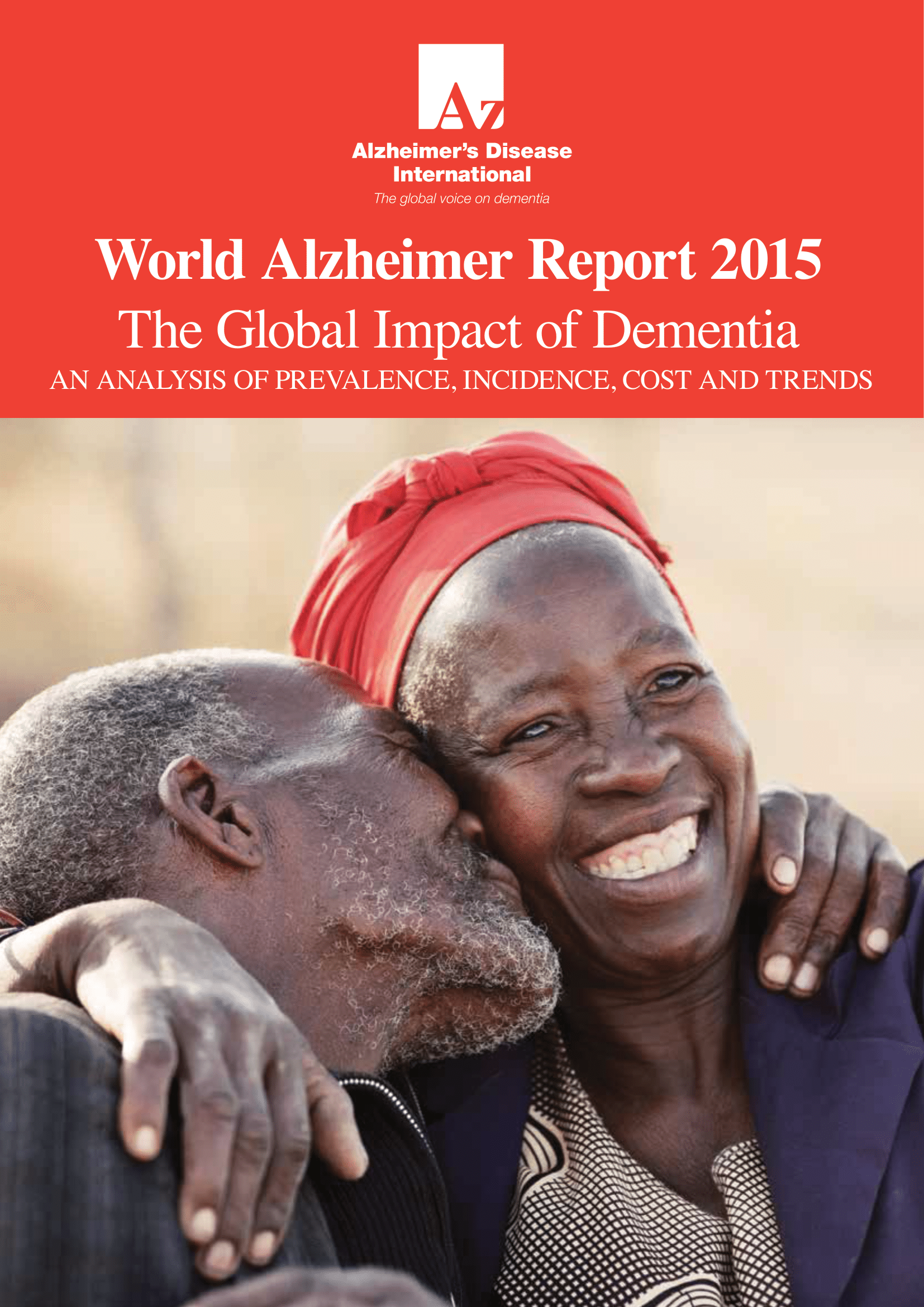 The World Alzheimer Report 2015 provides an update on ADI's global dementia data, as well as a systematic review around prevalence and incidence of dementia over time. Read More