Dementia, Forward the society with no need for guilty feeling

Tomono: What do you think about the result of the survey?

Paola: 35 % of family carers have hidden their family members’ dementia. It is conceivable that they were afraid of discrimination and isolation after coming out. The wife of the person with dementia in Mexico – one of the case studies in the report – considered committing double suicide. One of the people living with dementia answered that his wife divorced him because of his dementia. Another answered that “my doctor started to talk to my family carer instead of me when he found I had dementia”. These are shocking stories.

Tomono: How to bring the result into play?

Paola: We use these results to abolish the discrimination and to change attitudes to dementia, calling for governments to collaborate with civil society organizations across the world, such as Alzheimer’s Association Japan. Also, care for people living with dementia is a very important and urgent issue. Governments tend to emphasize prevention more than care, taking a forward-thinking perspective. But they should put more effort into developing the quality of care now.

Tomono: what do you think about the situation in Japan?

Paola: I commend the Japanese approach. The broad outline of dementia policy announced in June 2019 includes harmonious coexistence. The idea of social inclusion is very significant. Japan is aware of this issue and is taking action.

Risk reduction is possible but perfect prevention is not.

Tomono: Another main agenda is prevention. What do you think about prevention?

Paola: Prevention is by no means the wrong word. But there are complicated matters regarding the word “prevention”. There is no conclusive scientific evidence to prevent dementia completely. Statistic studies show that no smoking, exercise and reduced alcohol consumption may reduce the risk of developing dementia. However, there is no evidence that this definitely prevents you from developing dementia. Therefore, “risk reduction” is a more appropriate expression instead of “prevention”.

Tomono: There is also an apprehension that the emphasis of prevention can have a negative impact on people living with dementia and that they might feel difficulty in their lives.

Paola: People living with dementia should not feel guilty because there is no prevention for dementia. If the word prevention causes them difficulty, changing the word is one strategy. There might be an appropriate expression in each language. Japan had such experience, when they changed the word for dementia from “Chihosho” which means idiot and senile to “Ninchisho” which means cognitive impairment syndrome. 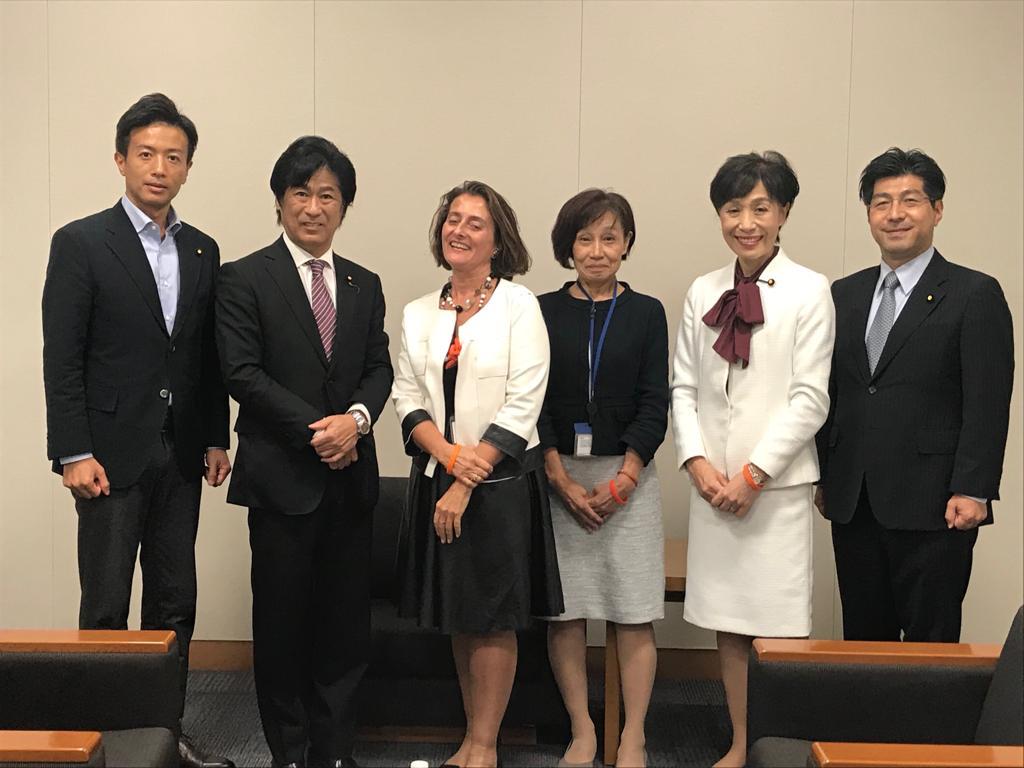