Last month, the lead co-authors of the report (Richard Fleming, John Zeisel and Kirsty Bennett) presented the research that went into the World Alzheimer Report 2020 as a part of the final round of judging, where they gave a 10-minute presentation, followed by a 10-minute Q&A session.

On receiving the award, Richard said:

I’m very pleased that the value of the work that went into the 2020 World Alzheimer’s Report has been recognised as a major contribution to global knowledge. I’d like to thank my co-authors John Zeisel and Kirsty Bennett for their tireless commitment to pulling it all together and to the 58 individual authors and 84 organisations for contributing their thoughts and experiences. I’d also like to thank the judges for their willingness to read the 507 page, two volume report.

Last year’s World Alzheimer Report is the most comprehensive and in-depth look at dementia-related design and the built environment. It examines progress to date, pioneers and innovators, design principles, application, regional and cultural contexts, the importance of including people with dementia in all aspects of design, and poignantly the role of design during the coronavirus pandemic and beyond.

This special award is an honour—not just for the three authors—Richard Fleming, Kirsty Bennett and myself—but in recognition of all the early and modern groundbreaking researchers, architects, and designers—all innovators who dared to break old paradigms and move us into a future of ‘design, dignity, dementia’.

Kirsty said: “The EHD Award recognises the vital importance of designing well for people living with dementia and I hope it leads to the creation of more dementia friendly settings around the world.”

Chris Lynch, Acting CEO of ADI, said: “The recognition of this research and the World Alzheimer Report is both welcome and timeous, with the recent launch of the dementia design manifesto, calling on architects, designers, care planners and manager, plus everyone involved in the support of those living with dementia, to embrace and commit to adopting the principles and values of dementia related design.”

In response to the report, the lead co-authors have created a manifesto, with ADI, that calls on all of those involved in the support and care of people living with dementia to commit to an inclusive approach to dementia related design, at home, in residential care and in the community.

Update: As of 28 October 2021, the values and principles highlighted in the World Alzheimer Report 2020, which formed the initial ‘The dignity manifesto of design for people living with dementia’,  have been revised and published. The intended review took into account comments and suggestions from leaders in the field and signatories of the initial manifesto. Alongside refinements, new values and principles have been added, including designing to assist people living with dementia to maintain their culture and affording people opportunities to enjoy contact with nature. 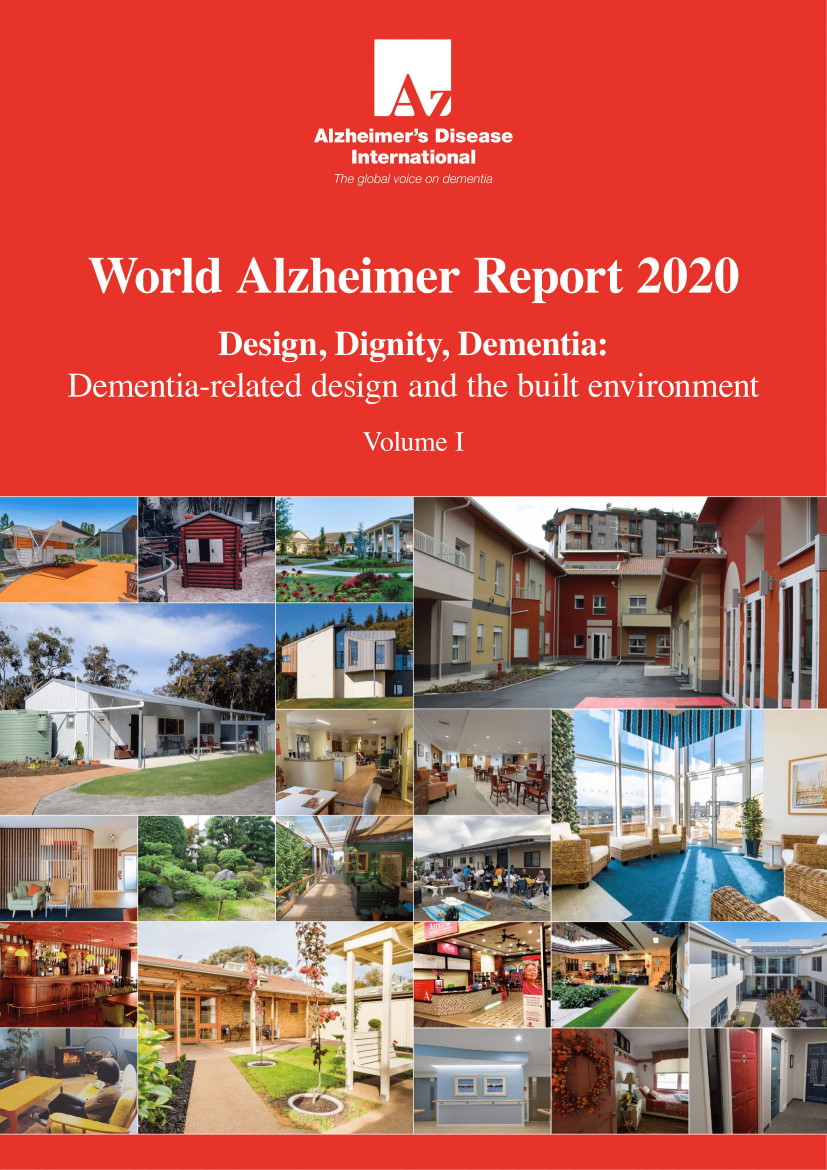 Dementia design in built environment is 30 years behind physical disabilities movement ADI calls on governments to embed design in their national dementia responses under the Convention on the Rights for Persons with Disabilities Dementia design follows simple principles, is cost effective and dramatically improves enjoyment and safety of built environment… Read More