Dementia was specifically recognised as a global health priority by G20 leaders in the declaration of the Osaka Summit this weekend. ADI worked hard for this to happen and it will provide much needed global attention from G20 countries, as we continue to press governments to respond the healthcare challenges of dementia and to improve the lives of people with living dementia and their families.

The key extract from the declaration reads:

We will promote healthy and active ageing through policy measures to address health promotion, prevention and control of communicable and non-communicable diseases, and through people-centered, multi-sectoral, community-based integrated health and long-term care over the life course in accordance with national context including demographic trends. We will implement comprehensive set of policies to address dementia, including promoting risk reduction and sustainable provision of long-term care as well as inclusive societies aiming to improve quality of lives of people with dementia and caregivers.

ADI worked with HelpAge International and NCD Alliance, with support from our partner Dementia Alliance International, and it is reassuring to see Japan take a lead, under their presidency, for Healthy Ageing and NCDs, alongside dementia.

It was quite a journey to get to this point.

In late 2018, Noemi Medina from A.L.M.A, our Argentinian member, triggered the opportunity as Argentina passed the G20 presidency to Japan. Chris Lynch (Deputy CEO and Director of Policy, Communications & Publications), supported by Noriyo Washizu (Alzheimer’s Association Japan), attended six days of meetings in February and April in Tokyo, speaking with government ministers and parliamentarians, which resulted in dementia being specifically included in the presentation of the C20 policy pack to Prime Minister Abe. Having connected with Dr. Chieko Ikeda (Senior Assistant Minister for Global Health at Japan’s Ministry of Health, Labour and Welfare) during these meetings, she accepted Chris’ request to participate in ADI’s side event at the World Health Assembly in May for the launch of the report ‘From plan to impact II’. During the World Health Assembly plenary session, the Japanese Minister of Health announced that dementia would be included in the G20 discussions, which ultimately led to inclusion in the declaration.

This was a truly collaborative effort by the entire ADI team and members, including Joost Martens, ADI’s Regional Director for the Americas at the time of the Argentinian presidency, with the full support of the London team during the Japan meetings, plus important contributions from ADI Chair Glenn Rees and Asia Pacific Regional Director DY Suharya. Glenn attended a timely research focused event in Tokyo in March, bringing a G20 focus, and DY has been influencing via Dr. Kenji Toba, President of the National Centre for Geriatrics and Gerontology, who advises the Japanese government, and was one of the interviewees for the World Alzheimer Report 2018.

Special mention needs to go to Noriyo Washizu, who has represented ADI and AAJ throughout the process in her home country; a truly wonderful example of ADI and its members working together.

ADI is now finalising its strategy for the follow up meeting of G20 Ministers of Health in October, with CEO Paola Barbarino traveling to Okayama to ensure that G20 countries take a significant leadership role in ensuring that we work towards global and national solutions to dementia. 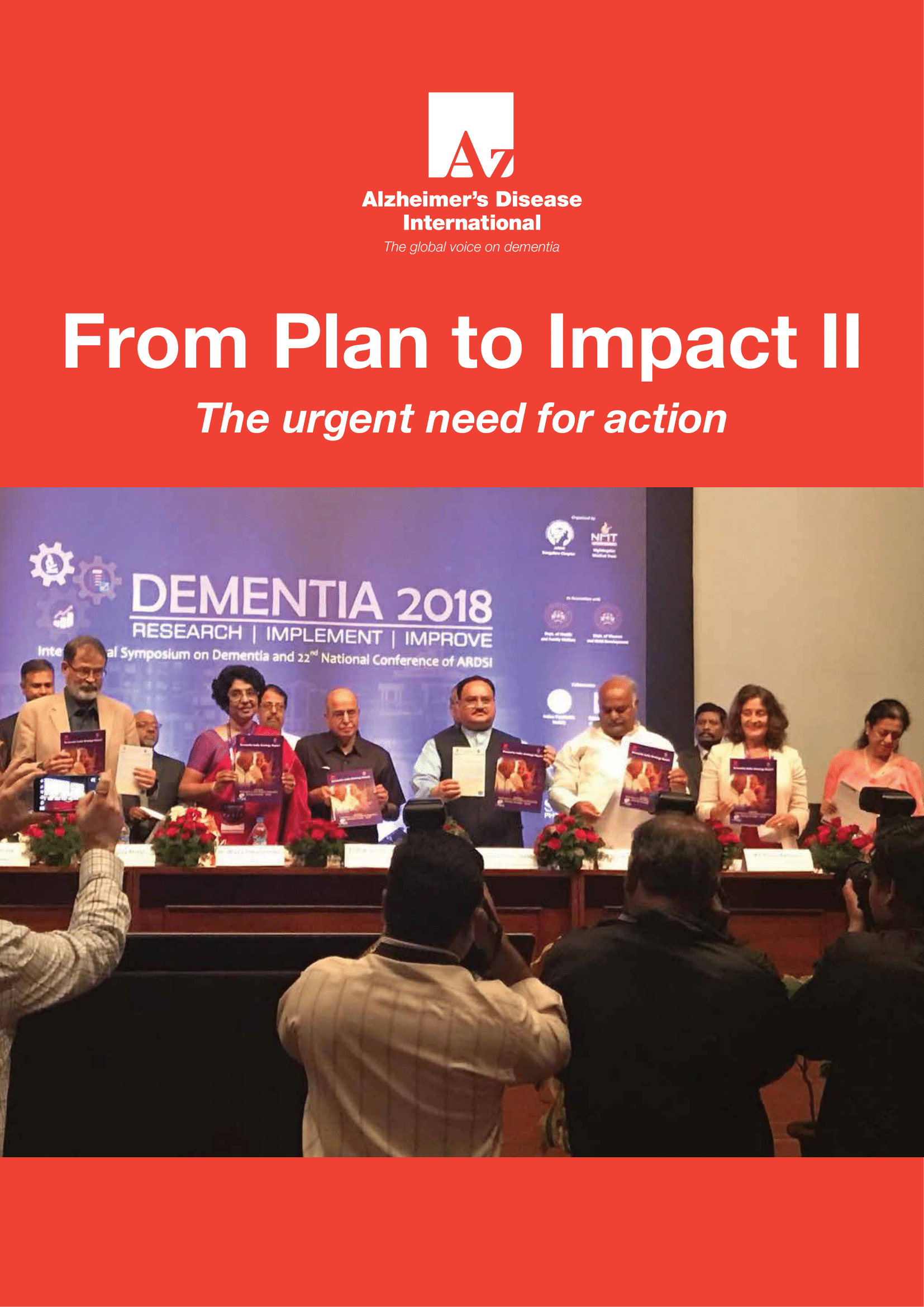 This is the second From Plan to Impact report. It provides an important update on the progress towards the World Health Organization (WHO)'s Global action plan on the public health response to dementia 2017-2025. Read More 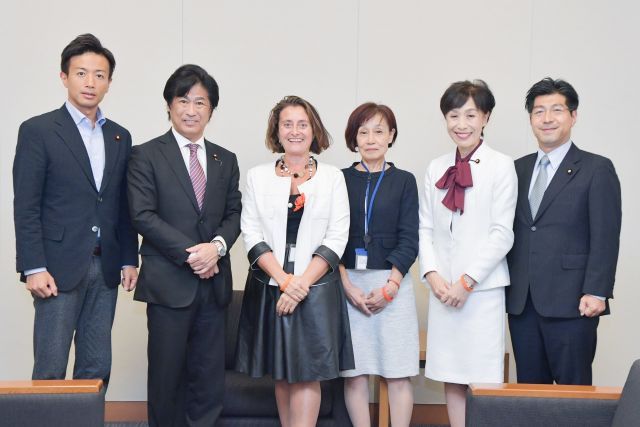