Following the elections that were held during the ADI Council meeting on 30 March, ADI is delighted to announce that we have welcomed 6 new member associations and have appointed new ADI Board members.

We had previously announced that Dale Goldhawk, Canada, has taken on the role of Chair and following the vote Andrew Ketteringham, UK, was elected to assume the role of Vice Chair.

On confirmation of his new role as Vice Chair, Andrew Ketteringham said: “Thank you to everyone for allowing me to come back on to the Board, in a new role, as your vice chair. It is indeed an honour. I will do my best to support Dale and, being in London, look forward to seeing Paola and the team, as soon as coronavirus restrictions permit.”

I know from my past service that serving on the ADI Board can have its excitement but it is always enjoyable to work with colleagues who share the same very important objectives.

Additional confirmations included Ameenah Sorefan of Mauritius and Jesús Rodrigo Ramos of Spain as new Board members, as well as Birgitta Martensson of Switzerland, who has been elected to join the Nominations committee.

The MDP journey was a remarkable experience and I use the superlative deliberately but without hyperbole. The level of hands-on mentoring-support from everyone in the ADI Team and the dedication is something to behold. MDP is, without a doubt, the most comprehensive and thorough development programme I’ve come across.

Jaqueline Arabia Buraye of Asociacion Colombiana de Alzheimer y Otras Demencias (ALZDECOLOMBIA) said: “It is a great joy for us to hear this news. Colombia and all the organisations that represent it are celebrating. We thank you for the communication for this high honour of having considered us as members of such a prestigious international network, a great recognition and feeling of gratitude to the authorities of ADI and its team of collaborators who carry out this extraordinary work guiding, orienting and stimulating the voluntary and supportive actions of the Alzheimer Associations all over the world.”

Though Glenn Rees of Australia has ended his term as Board Chair, we are pleased that he has been elected as an Honorary Vice President and will continue to be engaged with ADI going forward. Princess Yasmin Aga Khan (USA), President since 1985 has been elected to continue her role as Honorary President. 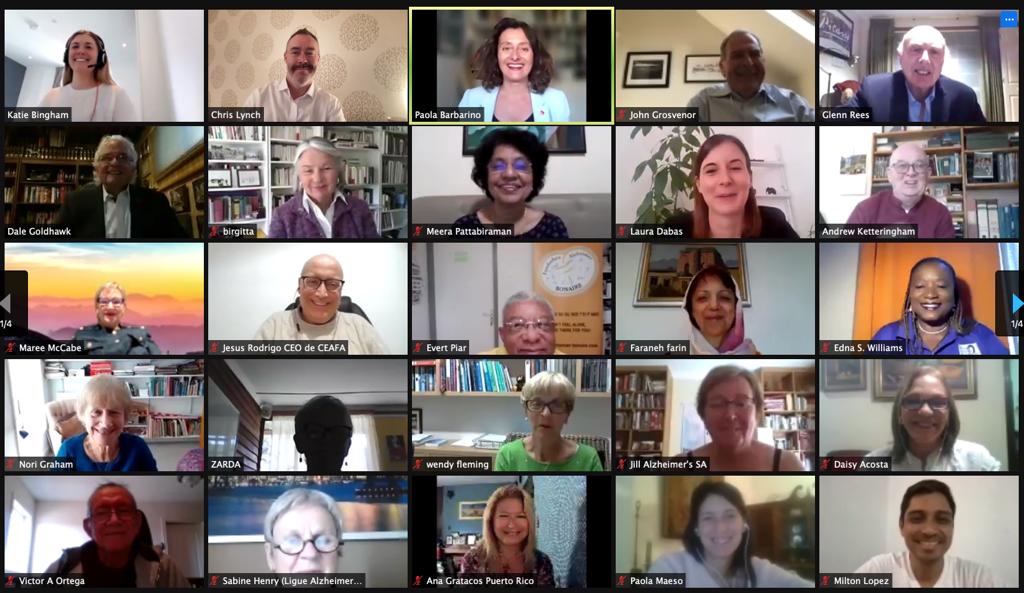